Shen Yun Is a Must See, Says Air Show Director 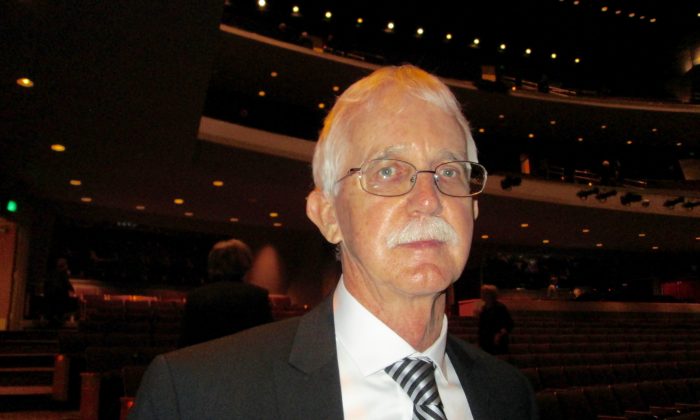 THOUSAND OAKS, Calif.—“I just couldn’t believe how nice it was,” said Marcel Ferland after watching Shen Yun for the first time in Thousand Oaks. His friends, who have seen the show, urged him to go and “see it once in his life time.” Mr. Ferland spent 36 years as an airshow director putting up air shows.

With the mission to revive China’s traditional culture, Shen Yun selects legends and historical events from the 5,000 years of its history and brings these stories to life on stage. Mr. Ferland was extremely impressed by the storytelling aspect of the show.

“I thought it was the best part. I really enjoyed it. The dancing is beautiful. But when you have a story behind it, it just makes it more interesting to watch,” he said.

A Shen Yun performance also features soloists, singing in classical bel canto style. Mr. Ferland thought these were “something from the heart, you could see that.”

“The orchestra was outstanding. They were in tune for every single movement and all the different dances. Fantastic!”

Mr. Ferland loved it so much, he started to text his friends during intermission about the show. “It’s a must see,” he wrote them.

Dr. Albert Marley was a school district superintendent for many years before he retired in 1995. He watched Shen Yun on March 23 and was very grateful for Shen Yun’s performances. “I’m just glad that we have things like this that we are able to bring into our community.”

To his friends, Dr. Marley wanted to tell them, “Shen Yun is a once in a lifetime opportunity. Don’t let the opportunity get by.”