Shen Yun Is a ‘Hidden Treasure of China’ 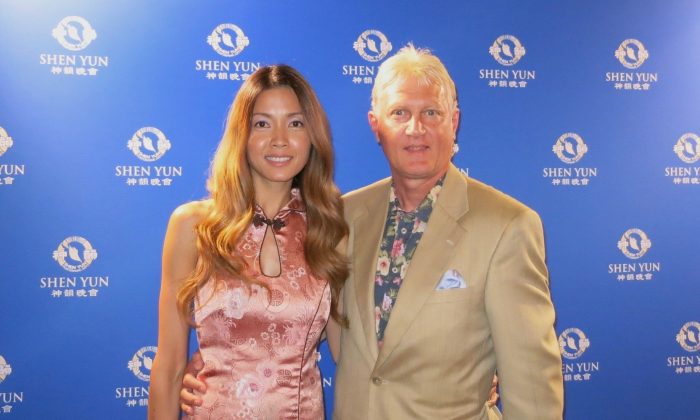 SANTA BARBARA, Calif.—David Cook, senior vice president of a finance company, and his wife Leilani Cook, a model, were truly inspired by their experience at Shen Yun Performing Arts on April 30 at the Granada Theatre.

“I loved it,” said Mr. Cook. “I think it is a hidden treasure of China that I think most American citizens don’t have a chance to experience.”

Shen Yun is indeed impossible to find in China today, but as the company is based in New York, it has the freedom to revive the 5,000-year traditional, divinely-inspired culture of China and share it with millions across the globe. Founded in 2006, this year is the company’s 10-year anniversary.

“I think it’s particularly impressive that this is a 10-year venture,” said Mr. Cook. “The performers tonight have obviously dedicated their entire lives to reach this level of perfection, and it’s quite an inspiration.”

China was once known as Shen Zhou, or the Divine Land. “This profound name describes a land where deities and mortals coexisted, and a belief that the divine transmitted a rich culture to the people of the earth,” according to the Shen Yun website.

Through spectacular music and dance, Shen Yun tells the ancient and modern stories of the Chinese civilization. The dancers are top artists trained in the art form known as classical Chinese dance, which contains the essence of this rich culture. Traditional Chinese instruments join a classical Western orchestra to perfectly accompany the dances, while stunning backdrops and intricate costumes and headdresses serve to enrich the experience.

“This is an inspiration to learn more about China through the dance, through the movements, and particularly through the lyrics of the songs that were performed tonight,” Mr. Cook said.

These lyrics are sung by Shen Yun’s impassioned and emotive vocal soloists, who combine the challenging bel canto technique with proper Chinese diction, while their poetic words are transcribed onto the backdrop behind them.

Mr. Cook felt a powerful message for all people coming out from these lyrics.

“The Chinese people have experienced great suffering and sacrifice, and they find a way to overcome obstacles, and it should be an inspiration to the whole planet,” he said.

Mr. and Mrs. Cook felt grateful for the chance to attend Shen Yun, and said the whole performance was outstanding, mesmerizing, and culturally magnificent.

They said they would recommend it to everyone.