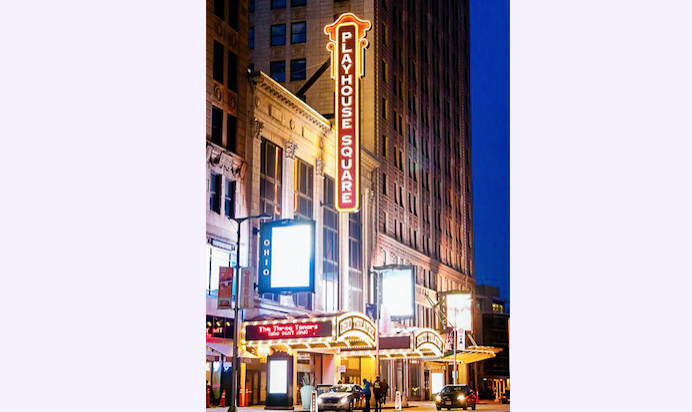 CLEVELAND—Shen Yun Performing Arts really seems to be a performance audience members walk away from feeling uplifted, refreshed, and inspired.

It was so the first time LuAnn and David Jentzsch saw New York-based Shen Yun, and that good feeling they had enticed the couple to return this year to see the performance at Cleveland’s State Theatre on Jan. 30. This time they brought Mrs. Jentzsch’s mother, so they could share the experience.

“We love Shen Yun,” Mrs. Jentzsch said. “It is so uplifting. It’s inspiring. It’s the beauty of it. I don’t want to miss another show. It’s worth every penny as I am able so sit and enjoy the beauty of it. It touches my heart and I look forward to watching many more and bringing other friends with us.”

For him, Shen Yun was a message of harmony and people getting along. It was uplifting to the spiritual side of a person, Mr. Jentzsch said.

The couple said they wanted to recommend it to more people, hoping they could take advantage of performances in nearby cities because “you walk away with such a good feeling,” Mrs. Jentzsch said.

Such an uplifting effect is exactly what the Shen Yun artists aim for. According to the program book, the artists meditate, cultivate self refinement, and value virtue so as to perform with a pure and open heart. Ancient Chinese artists valued these principles in order to create art that could uplift and inspire, so it is fitting that in trying to revive 5,000 years of Chinese civilization on stage, that Shen Yun artists do the same.

The traditional Chinese culture is said to be divinely inspired. At the heart of the culture is the belief in harmony between heaven, earth, and humankind, according to Shen Yun. It is something audience members immediately notice.

Joann Harris, a farmer, is a spiritual person herself. Nature and God are important and close to her, and she saw respect for that in Shen Yun.

“The spirit of nature, the spirit of humanity. The fight of humanity, you know, and for what is good, and what is right. Freedom. Freedom just rings loud and clear. Liberty,” she said, describing the performance.

Ms. Harris said she’d seen cultural dance before, but nothing with the scale and depth of the classical Chinese dance and storytelling of Shen Yun.

“I loved the drama, the spirit. I loved the truth behind it,” she said.

Part of that truth is that the traditional Chinese culture has been persecuted in the modern day China under communist rule. Ms. Harris elaborated and said such persecution is harming the world, harming nature, harming everyone. “That persecution is deadly,” she said.

But in Shen Yun, she saw young people fighting for truth and liberty, reviving the culture. It was beautiful and encouraging for Ms. Harris.

“My heart is just racing,” she said.