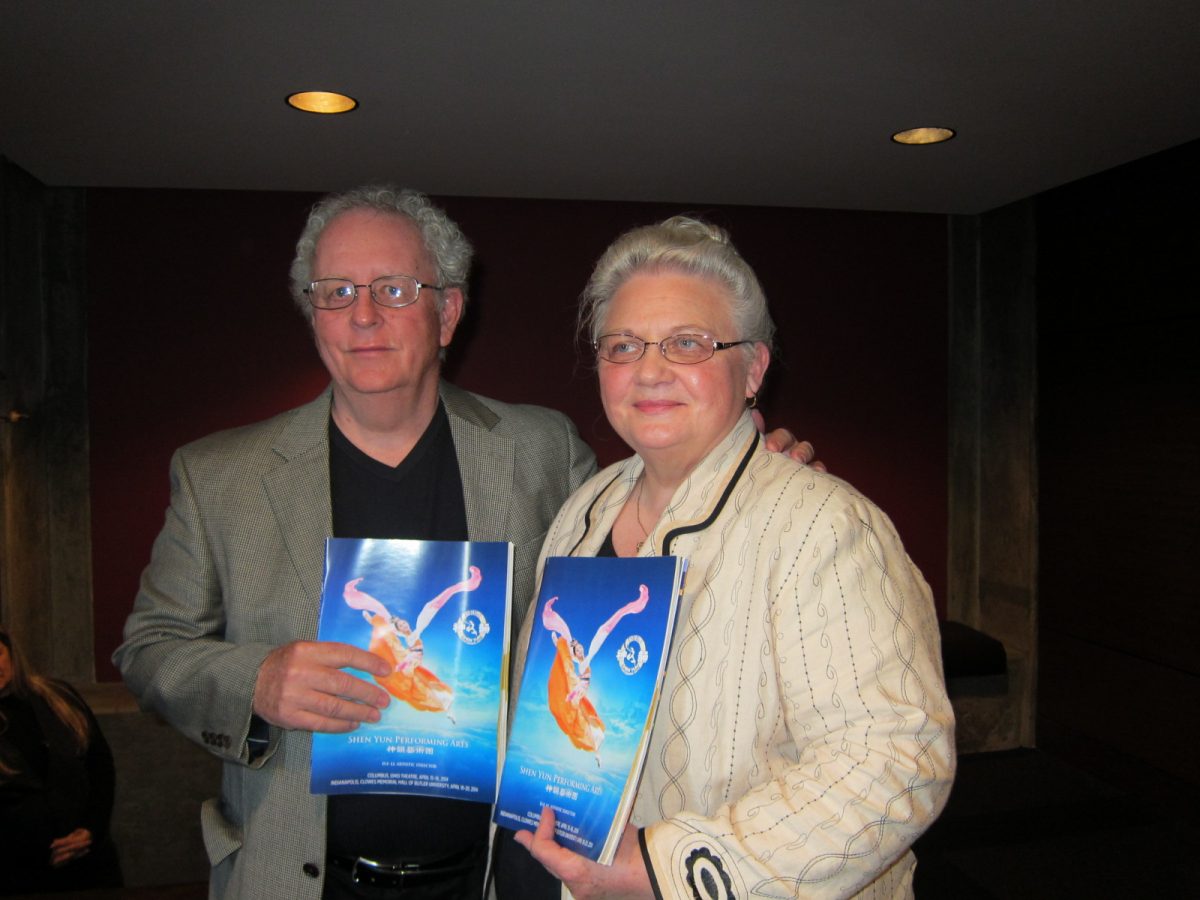 Shen Yun in Indianapolis: ‘Just All Far More than I Expected’

“It was wonderful,” said Mrs. Angel, a recently retired kindergarten and elementary teacher. “The dancers were just exquisite. The choreography was wonderful. The costumes and the technology which intertwined with the dancing were just all far more than I expected.”

Shen Yun, based in New York, has a mission to revitalize 5,000 years of divinely inspired civilization. It does so with storytelling through classical Chinese dance and ethic dance, orchestral music combining traditional Eastern and Western instruments, renowned vocal soloists, and much more.

“I loved the history that it told because I’ve always been interested in China’s culture,” Mrs. Angel said.

As a retired engineer and quality control expert, Mr. Angel’s view came from his background. “But I like how they have done the technology and the [digital backdrop scenes] coming from the photo and actually having real people come out. It was colorful and just vivacious. I really enjoyed it.”

He also appreciated Shen Yun’s dedication to their profession. “They take their performing very seriously. It takes a lot of preparation and a lot of work in practice to come to the level where they are.”

“I thought it was kind of neat how they introduced the principle dancers [at the end of performance]. I enjoyed it very much,” he said.

“Shen Yun draws top artists from around the world. With a passion for the classical arts, they join Shen Yun in its mission to revive a culture that was once almost lost,” explains the Shen Yun website.

“Chinese dance is at the heart of what Shen Yun does. Known for its incredible flips and spins, and its gentle elegance, it is one of the most rigorous and expressive art forms in the world,” the website also states.

Mrs. Angel said,”Our daughter was in the performing arts for quite awhile. … So I know the amount of time and effort and skill and talent that goes into a performance like this. …I know that it takes a lot of dedication, a lot of very gifted young people.”

“Oh, absolutely,” Mr. Angel would recommend Shen Yun to friends and would say to them: “You can learn a lot about the culture that I thought was kind of neat. And, you are also going to see a lot of very talented people. Very well done performance.”

Mrs. Angel would say, “It is a wonderful experience. I think you get to see some very talented young people who are obviously very dedicated to the story that they want to tell. There is a lot of technology and … just so many different gifts come together to make a wonderful performance.”

“It was just wonderful to come. I just thoroughly enjoyed it,” summarized Mrs. Angel.