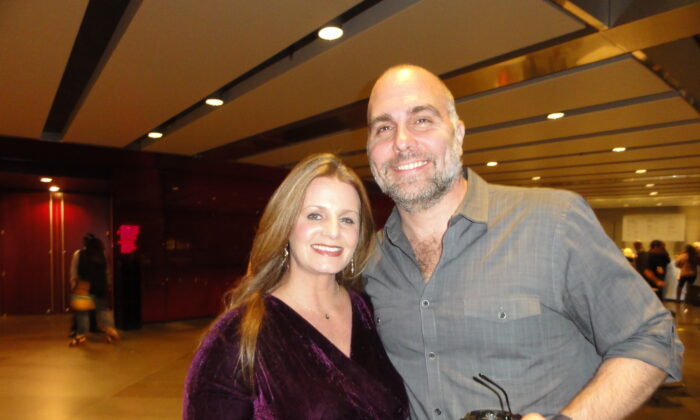 DALLAS—Sitting in the audience of Shen Yun Performing Arts, Robin Baker, owner of an accounting firm, felt this was an experience she had to share. No stranger to the theater, she has seen many performances, but thought there was something more to these artists, and contemplated how she could describe the experience to her friends.

“It brings just a little bit of something more—the colors are phenomenal—and you just feel the soul in it,” Robin said at the Winspear Opera House the evening of Jan. 26, 2020, where she attended the performance with David Baker. “You can just feel it, and it feels really good.”

David said he felt the history and the culture come through, exactly what New York-based Shen Yun aims for. The classical Chinese dance company tours the world every year on a mission to bring the ancient, 5,000-year culture to life on stage, and in doing so, has become a sort of phenomenon. After an eight-show run in Dallas last month, the company returned to the Winspear Opera House for a weekend and just last minute added a second show on Sunday as the performances had all sold out.

Also in the audience was Kirk Hampton and Sandy Freyer, who attended the performance with guests. For Hampton, the experience was a fascinating one both visually and emotionally.

“I thought it was unique and uplifting,” Hampton said of the performance, describing choreography and production, including an interactive backdrop that he had never seen anywhere else. The one of a kind production brought humor and humanity into tales that go 5,000 years back and made the experience fun for all ages.

For Freyer, the entire production was a beautiful work of art, and “very, very captivating.” But what added an additional dimension to the production was the Shen Yun artist’s mission to revive this culture that was once, not so long ago, nearly destroyed.

“I think that a lot of people don’t realize how the Chinese people were persecuted for so long, for so many years,” Freyer said. Indeed, when communism took power in China less than a century ago, it immediately set to rooting out the traditional culture and replacing it with the communist culture.

“That’s what’s so beautiful about this play—they show it all. They depict it very well,” Freyer said.

In a performance of roughly 20 vignettes, every year Shen Yun shows court life from the Tang or Qing dynasties, ethnic dances from Mongolia to Tibet, stories about Buddhist monks and magical Taoist sages, and emperors revealed to be only human. The stories progress through the centuries and across the geography and even touch on the present day.

Juan and Gabriella Chavez, who also attended Shen Yun’s last night in Dallas, enjoyed the range of stories that brought up emotions from joy to sorrow to hope, and all of it beautifully depicted.

The stories alone were touching, but the music made it even more so for the Chavezes.

“It touches your soul!” Juan said. Most memorable was a solo vocal performance by baritone Qu Yue, who sang of redemption and the persecution of people of faith in China.

With reporting by Sophia Zheng.