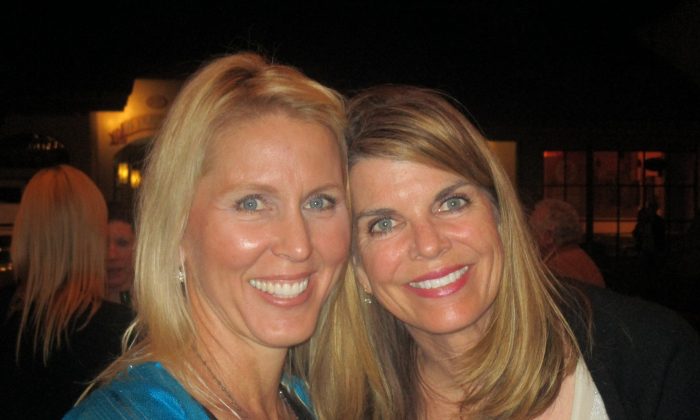 SANTA BARBARA, Calif.—Shen Yun Performing Arts completed its final Southern California showing for its 2016 tour in the historic, beautifully restored Granada Theatre April 30. All 31 performances throughout the region were sold out.

“It was outstanding. It was inspirational,” said council member Morrison of the performance.

She felt that Shen Yun’s presentation of Chinese civilization is a creative and effective model for other cultures to follow, and that it would engage the youth.

“What I was telling Sharon Partee is [that] if we can have history displayed as performing arts, it would really entice younger generations to have a better understanding of the history of different cultures,” she said.

New York-based Shen Yun transports audiences on a journey through 5,000 years of China’s divinely-inspired culture. Through approximately 20 vignettes, history comes to life, legends and myths are illustrated with luminous clarity, modern stories of steadfast faith unfold, while vocal and instrumental soloists round it out.

Each piece offers an aspect of traditional China and its values that, collectively, form the essence of Chinese culture.

Ms. Morrison particularly enjoyed a piece called “Defending the Throne,” which depicts Emperor Kangxi of the Qing Dynasty, known as one of China’s greatest rulers, whose future as the emperor was almost abruptly taken away by a greedy, battle-hardened general if it weren’t for the young emperor’s courage and determination.

“That was fascinating because it was a true history,” she said.

She also enjoyed a classical Chinese dance called “Fairies of the Sea.” Shen Yun’s program book explains, “Ancient Chinese legends speak of delicate fairy maidens, only visible to the pure of heart. At the surface of the sea these fairies now appear, dancing with long silk fans like rippling waves, and soft blue skirts swirling to the rhythm of the cerulean water.”

“The long, sleeved garments were magnificent how they all flowed. The ocean water was lingering on the same level of the floating sleeves—[it] is magnificent,” she said. Ms. Morrison was referring to the dancers’ sleeves, which served as a prop to create the visual effect of rippling waves against the massive, digital backdrop of an azure-colored ocean.

While the storytelling and stunning aesthetics appealed to Ms. Morrison, Ms. Partee enjoyed seeing the richness of China’s spiritual heritage. “The belief system was strong within their culture,” she said. “That was beautiful.”

She noticed how “they pray to the gods and how they, [in turn], guided them through their lives.” Several vignettes portray monks, spiritual believers, or villagers who, when faced with adversity, remain truthful, brave, and principled, and are, therefore, rewarded with guidance and protection from the divine.

Shen Yun has reached millions of theatergoers worldwide in its effort to revive the beauty and values of traditional Chinese culture.

When Ms. Morrison learned that Shen Yun has four companies that tour the globe simultaneously, she was happy.

Ms. Morrison feels that the performance is relevant for people today. “Absolutely. I wish it continues. I love it,” she said. “We will support you 100 percent. That is for sure.”