5-year-old was enraptured the whole time 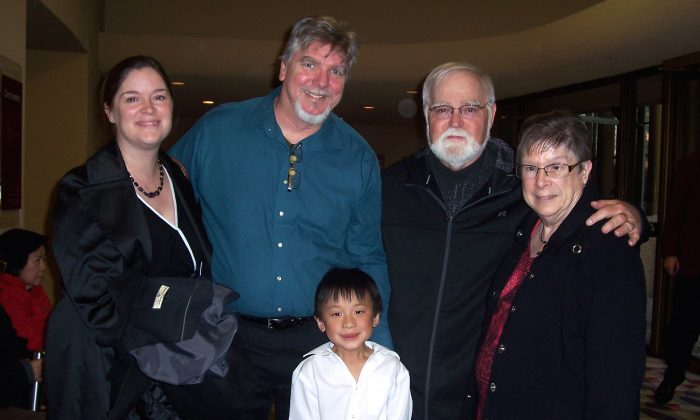 SAN JOSE, Calif.—Kathleen Mockus, an educator, finally got the chance to see Shen Yun with her extended family, including her five-year-old son, at the San Jose Center for the Performing Arts.

“We have been wanting to see this for many years, and we finally came today with my 5-year-old son, and he was enraptured the whole time. He loved it. It’s hard to keep a 5-year-old’s attention for that long, but he loved it, all the storytelling. Thank you.”

Ms. Mockus’ son was asked what stood out for him. “All of it!” he said.

“It was so beautifully done, and the dancers were so well trained,” Ms. Mockus said. “The costumes were sumptuous, the music, everything, was so professional. The precision of it all—it was beautiful!”

“Classical Chinese dance has helped preserve 5,000 years of Chinese culture,” the company’s website states. “Over thousands of years, it was constantly refined, eventually developing into the vast and distinctly Chinese dance form we know today.”

Ms. Mockus’ entire family was particularly impressed with the backdrop.

“That was really clever. I’d never seen anything like that before. The way it interacts with the performers on stage was surprising and fun. He was afraid a tiger was going to pop out at any moment!” Ms. Mockus said, referring to her son.

Shen Yun’s digital backdrop creates an unique experience for viewers. Its website tells us, “With state-of-the-art graphics technology, Shen Yun’s digital-backdrop team creates vividly animated settings, extending the stage and transporting the audience to a world where heaven and earth are one.”

Ms. Mockus and her husband, Jeff Mockus, were delighted with the professionalism and high skill level of the performers.

“The musicianship was exquisite,” said Mr. Mockus. “I loved the story about the magic paintbrush. The whole thing was wonderful!”

“It was so beautifully done, and the dancers were so well-trained, obviously,” his wife said. “Dazzling! A feast for the eyes!”

Also in the audience on the evening of Jan. 4 was David Caplan, chairman of Objectivity Ltd.

Mr. Caplan holds B.S. and M.S. degrees in mathematics from the Massachusetts Institute of Technology, an M.S. degree in electrical engineering from the University of Pennsylvania, and an EJD from the Concord Law School.

Mr. Caplan’s wife was impressed with the dancers’ genuine and uplifting spirit. “They were all smiling. It was lovely.”

She was also deeply moved by The Power of Compassion, a story depicting the persecution of Falun Gong practitioners in mainland China. “Oh, I cried. The one on compassion was sad, a little sad.”