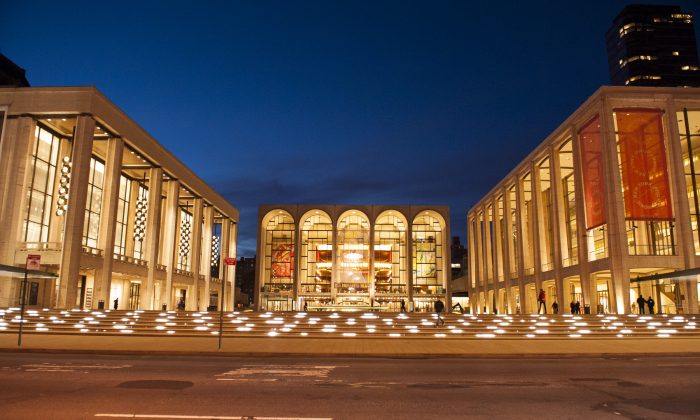 Mrs. Chiari, vice president of the international shrimp company Pomelo, which is based in Panama, took in the performance with her husband Rodolfo Chiari, who owns the company.

“Patience,” said Mr. Chiari, describing the values he found in the performance. “The virtue of patience and loving people through their art, and that can be transformative, can be changing the darker souls that are in China.”

“In 2006, a group of leading classical Chinese artists came together in New York with one wish: to revive the true, divinely inspired culture of China and share it with the world,” the company says on its website.

But while China was once known as a divine land, spawning a range of disciplines such as calligraphy and medicine throughout thousands of years, it has turned into a shell of its former self.

“Over its past 60 years of rule, the communist regime has treated traditional Chinese values–centered on the idea of harmony between heaven and earth–as a threat to its existence. And in its systematic campaigns like the Cultural Revolution, it has uprooted traditional beliefs and destroyed ancient treasures–bringing traditional 5,000 years of civilization to the brink of extinction,” the company’s website explains.

The Chiaris experienced the cultural revival firsthand, and came away impressed.

“It touched our heart,” emphasized Mrs. Chiari. “Especially how they fight against what’s going in China through the music.”

“I learned that people from China are trying to get away from that bad regime, that they’re trying to show the world that they’re very good people, very loving, very tolerant, very sweet, and they don’t deserve what’s going on,” she added. “It’s a different China.”