Shen Yun, ‘I will keep this in my heart forever’ 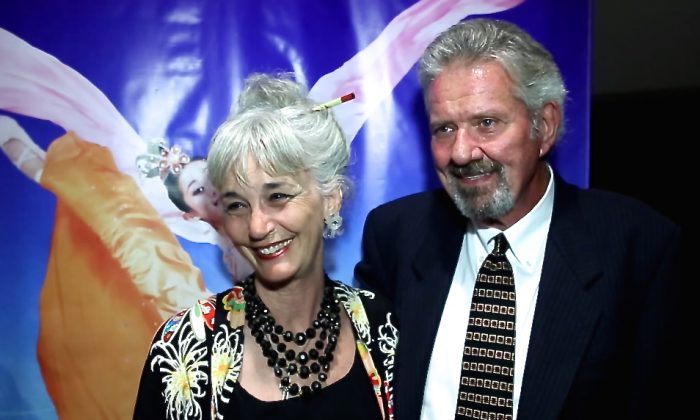 COSTA MESA, Calif.—Cathleen Scafani, a retired administrative assistant in the medical field, attended Shen Yun Performing Arts’ opening show at the Segerstrom Center for the Arts, Tuesday March 11. Ms. Scafani, who spent her career compassionately working with children, was very happy to see the message of compassion so well represented on stage.

“It’s done so beautifully, gracefully, and it’s telling you the compassion that is inside of you needs to come out and we need to love each other,” Ms. Scafani said of the night’s performance.

Established in 2006, New York-based Shen Yun is a non-profit organization dedicated to reviving 5,000 years of China’s divinely inspired culture through the performing arts. Having reached millions of people across 20 countries and over 100 cities, Shen Yun is now widely regarded as a global phenomenon.

Ms. Scafani was very impressed by the show’s costumes.

“Oh, it was absolutely fabulous, I am going to decorate my whole house like that,” she said. “Seriously, I love it; I will keep this in my heart forever.”

In reference to the Chinese regime’s suppression of the traditional values expressed in the show, Ms. Scafani said that she could feel the pain of the Chinese people.

As stated on the website, “Over the past 60 years of rule, the communist regime has treated traditional Chinese values—centered on the idea of harmony between heaven and earth—as a threat to its existence. And in its systematic campaigns like the Cultural Revolution, it has uprooted traditional beliefs and destroyed ancient treasures—bringing traditional 5,000 years of civilization to the brink of extinction.”

Ms. Scafani was very heartfelt in her gratitude to Shen Yun for putting on such a magnificent performance.

“You have changed my world, you made me see things that I just didn’t see or feel before,” she said. “You brought out every bit of feeling … absolutely outstanding performance.”

Ms. Scanfani also had some words of advice for potential audience members.

“Do not under any circumstances miss this performance,” she cautioned. “It’s a performance that you will love for the rest of your life.”