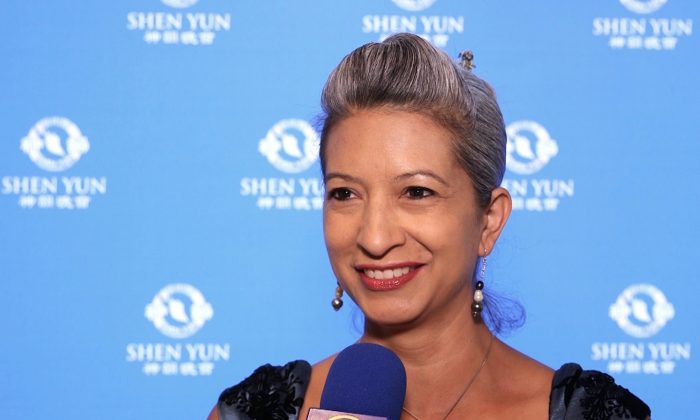 “It was absolutely beautiful. Everything just flowed so magnificently. It kept you captivated, kept you inspired. The music—you could feel it in your heart. You could feel it right down to your soul,” she said.

Ms. Saavedra was enthralled by how the dance movements conveyed the dancers’ emotions and inner self. “I was almost at the edge of my seat,” she said.

As a Native American, Ms. Saavedra understood the challenges of holding onto one’s traditional heritage.

“As an indigenous person, because 90 percent of our population is no longer here, we’re still struggling to gain our cultural identity back. It is very hopeful and inspiring to see the Chinese culture still live on,” she said. Her organization assists Native Americans with securing higher education and academic success.

By the end of Shen Yun’s performance, Ms. Saavedra felt hopeful that traditional cultures from around the world could be revived.

“It just really touched my heart,” she said.