Shen Yun Has ‘Love and Energy’ 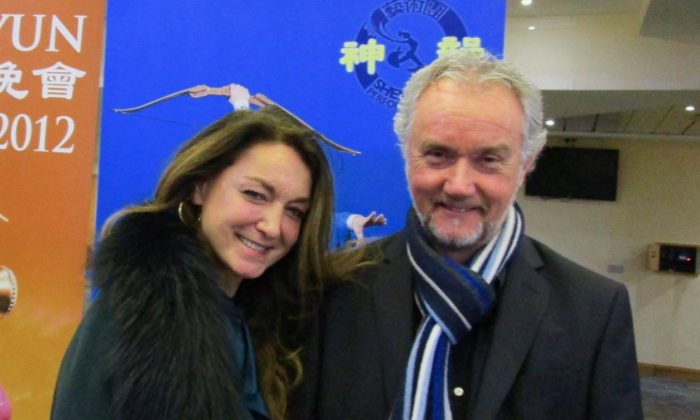 BIRMINGHAM, United Kingdom—Dancers fly across the stage, bringing to life scenes from the ancient past to the present. Adorning authentic Chinese costumes and accompanied by a live orchestra, Shen Yun artists transport audiences across the globe through 5,000 years of Chinese civilization.

“It was absolutely stunning, the arrangements, the colours and just the movements—and the choreographer was absolutely superb,” said Iain Leith, a director in risk advisory for Deloitte, who watched Shen Yun at the ICC Birmingham on Jan. 12.

Leith said there was “a lot of love and energy” in the performance.

“I think the energy comes from the dancers and the people themselves, you can just feel it coming across the audience,” he said.

“If you can see the power and energy that they have in their dance and the movements, the focus that they have, I think you can tell that they are very spiritual people,” he added.

Ancient Chinese culture is thought to be divinely inspired, with artists emphasizing self-discipline and virtue, with the aim of creating art that reflects their inner beauty.

Shen Yun’s artists are reviving this culture through dance and music. As described in the programme book, the performers draw inspiration from the spiritual practice of Falun Dafa. Through their shared spiritual journey “they meditate together, study teachings together and strive to live by truth, compassion, and tolerance,” it says.

Leith was particularly moved by the legacy and the history of the Chinese people portrayed in Shen Yun, as was his partner, Rachel.

She felt connected with Shen Yun’s mission, which is to revive 5,000 years of Chinese culture. It’s a culture that was almost lost under communist rule in China.

“We need to get back in touch with our spirituality,” she said. “It doesn’t surprise me that this is a global time now to bring [spirituality] back for every human being. We’re all the same, and that resonates with me. This is the way forward.”

The values in the show, she said, are “the only future for the survival of the human race. That we all get connected with spirit, and each human being has that in them. We’ve been dumbed down by modern culture.”

She felt the purity and energy from the performance, too.

“We see the Chinese culture as communist, but this [show] is almost like a secret, and it’s being opened up here about the truth, and the truth is that we are all the same, and the way forward is for all of us to feel this energy.

“This divine energy, it’s love isn’t it?” she said.

With reporting by Susanna Rodriguez and Jane Gray.