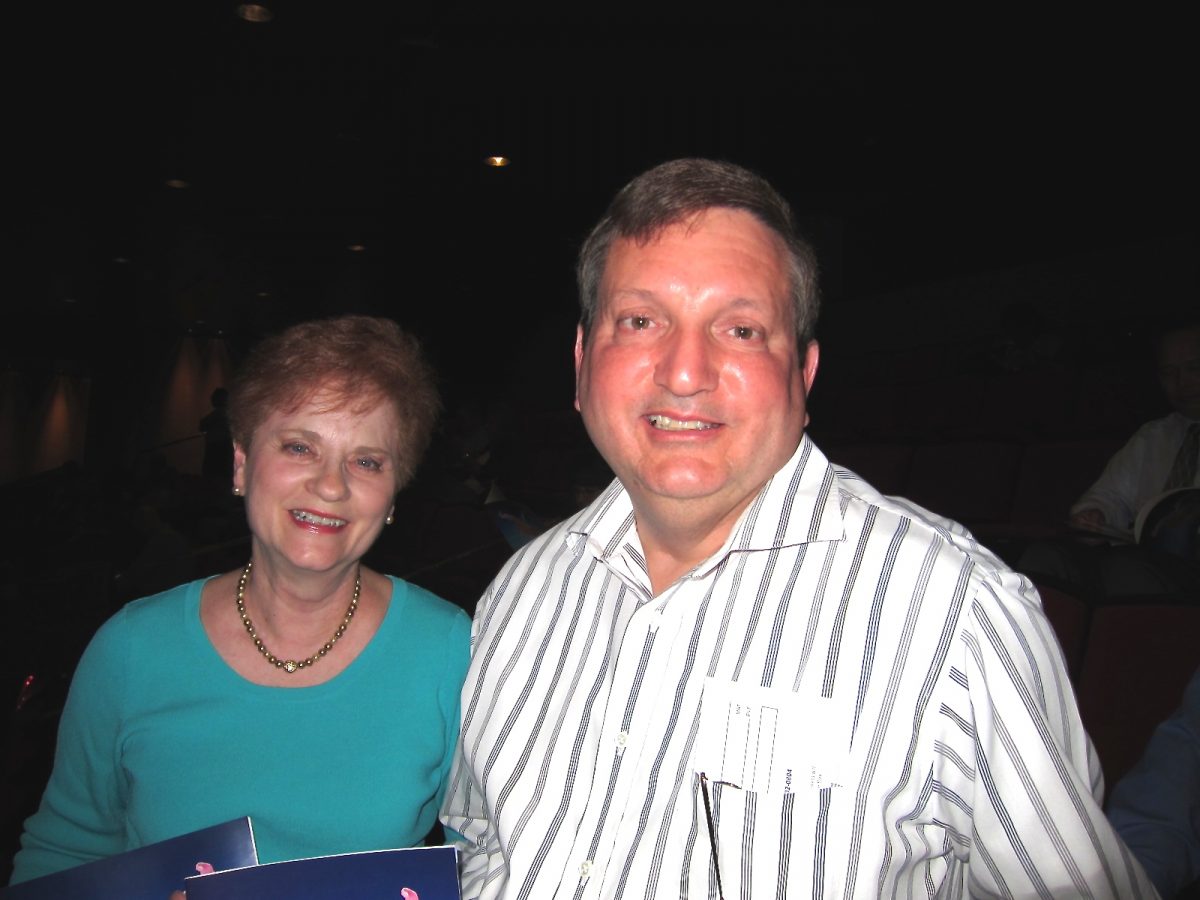 INDIANAPOLIS, Ind.—”It’s beautiful we are enjoying it thoroughly,” said Becky Trax during the intermission of Shen Yun Performing Arts.

Mrs. Trax and her husband, Dave, attended the performance, on April 18, at Clowes Memorial Hall of Butler University.

This evening’s performance was Shen Yun’s first of four that the company will perform in the “Circle City” which concludes its tour in the Midwest for the 2014 season.

Dave Trax is a manufacturing consultant who works for several firms such as Caravel Solutions/Business Engineering and Quantum Lytix LLC.

Becky Trax is an accounting professor at Purdue University. She plans to travel to China next month. “Part of this is a birthday present for me to get ready to go on the trip. That is why I was interested in coming. I’m trying to do all things Chinese right now,” she explained.

Shen Yun aspires to revitalize the divinely-inspired traditions and customs of China’s cultural heritage through the performing Arts. With Chinese classical dance at the heart of its program, it combines this with symphonic music and beautiful artistry delivering a performance unmatched in its caliber on the world’s stage.

“I mean just the professional dance, it is something to see,” commented Mr. Trax. “I loved the costumes, I think they are beautiful.”

Shen Yun features HD digital backdrops to set the scene for each segment of the program. What surprises audience members oftentimes is how the performers interact with them.

Mrs. Trax explained, “The background is, I don’t know how they do it with their projecting on the wall behind, and the way they bring out the three dimensional look, that’s interesting.”

“It definitely brings it to life and in a traveling company like this; it is a wonderful way to expand the dance and expand the stage with the beautiful backdrop,” she added.

Would Mrs. Trax recommend the performance? “Oh, definitely, if you have the opportunity, go see it. It’s amazing, the dance is amazing,” she said.