Shen Yun ‘Gives Me Hope for the Future,’ Priest Says 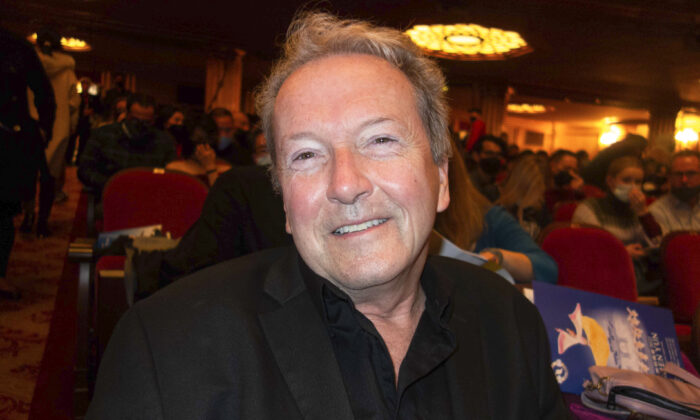 SAN FRANCISCO—Shen Yun welcomes new and returning audience members everywhere the show tours, but Jim Sullivan is a truly loyal patron who has come back for the spectacle every year for the past four years.

I love that theology and philosophy are involved. It’s just uplifting. It’s uplifting, and it gives me hope for the future.
— Jim Sullivan

As a priest, Mr. Sullivan was able to connect with the spiritual scenes depicted by the New York-based Shen Yun Performing Arts.

“I love that theology and philosophy are involved. It’s just uplifting. It’s uplifting, and it gives me hope for the future. These talented young artists are giving so much,” he said.

Although Shen Yun‘s mission is to revive 5,000 years of Chinese civilization, audience members often feel that the performance isn’t just about China, but rather all of humanity.

He noted that despite Shen Yun‘s efforts to restore Chinese culture and share the beauty of China before communism with the world, Shen Yun is not able to perform in China.

He applauded the performers on delivering such a message with “such grace, with such power [in] the acrobatics and dancing, the costumes, the background. It’s simply inspirational.”

Shen Yun’s dancers are trained in classical Chinese dance, an art form with thousands of years of history. They are light on their feet and make the most complex movements look easy.

“It’s off the charts. You know, I’ve never really seen dancing like this before ever. You don’t see this at the ballet and you don’t see it in other ethnic dancing,” Mr. Sullivan said. “The air that these guys get, you know, they get up so high in the air, the flips they do without ever touching the ground. It’s very strenuous, very athletic, acrobatic dancing.”

When asked about what makes him come back year after year, he said: “I guess it’s everything I’ve said that is so inspirational, it covers so many areas that interest me. I mean, it is theological, it is philosophical, but it’s extremely artistic.”

“It’s such a counter-cultural message in contemporary China and even in contemporary America,” he continued. “We’re very materialistic and to some extent atheistic in this culture, and the references to heaven, they are a reminder that we come from heaven and that that’s our destiny. It’s inspirational. I feel it feeds my soul. So I’m here, I’m a Catholic priest, and I feel that I’m being fed spiritually and artistically and emotionally by Shen Yun.”

Mr. Sullivan shared how he would describe Shen Yun to those who have not experienced it yet.