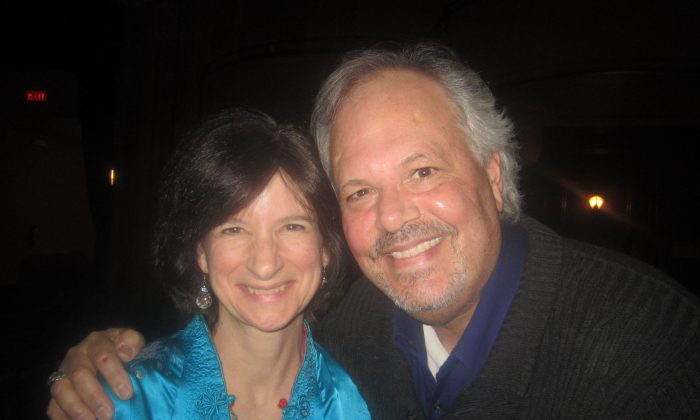 Susan and Kevin Coleman were surprised and delighted by the spiritual element in Shen Yun's performance. The Cleveland couple saw the performance at the Rochester Auditorium Theatre on Feb. 7. (Epoch Times)
City

ROCHESTER, N.Y.—Coming from Cleveland, the Colemans traveled four hours one way to see Shen Yun at Rochester Auditorium Theatre on Feb. 7, and they were thrilled that they had come. In fact, Kevin Coleman got goosebumps.

“Marvelous, just absolutely marvelous; you didn’t know where to look, it was just so colorful and vibrant,” he said.

Mr. Coleman, a salesman, was a bit surprised to learn the classical Chinese dance and music company wasn’t produced in communist China. As a Buddhist he was relieved, and grateful to see traditional beliefs presented on stage.

“I found it very refreshing and very delightful and very insightful,” he said.

Shen Yun Performing Arts was founded in 2006 in New York, in order to rejuvenate the traditional arts, values, and spirituality of China’s 5,000 year-old civilization almost destroyed under communist rule.

Susan Coleman, a piano teacher, felt the same way. She explained that most of us don’t know just how deeply spiritual Chinese culture was.

“All we know is the communist side of China. We don’t know the history of China so much,” she said.

But what Mr. Coleman saw onstage was very symbolic of the bond between nature and man and between divinity and humanity.

From the “beauty of divine beings dancing” as Shen Yun translates to, to the song lyrics projected behind the soprano, Mr. Coleman felt the performance was inspiring.

The message from a song, in particular spoke to him: “Time is fleeting, don’t miss the chance to be a full human being, a compassionate human being.”

“Loved the message. It was great,” he said.