Shen Yun Gives Hope That China Will Open Its Eyes 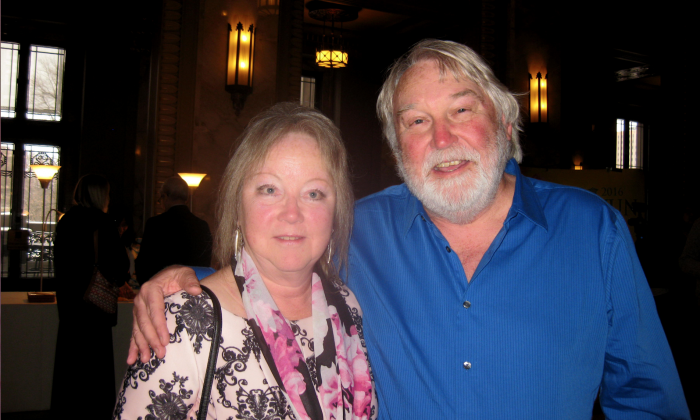 Shen Yun, formed in 2006 in New York, showcases classical Chinese dance and the virtues of ancient China inspired by Buddhist, Taoist, and Confucian teachings. Communist China, on the other hand, is atheistic and tries to control the spiritual beliefs of its people.

Even art that would remind people of its traditional past are forbidden in China today: Shen Yun cannot tour China even though it is warmly received around the globe.

Sally Hight, an administrative assistant, was so touched by the idea that Shen Yun Performing Arts cannot go to China that she cried.

She cried because “the practice is a lost art in China, … where it came from. The values that China traditionally came from is, I believe, maintained as much as possible with the people, but because of the communist takeover, people can be penalized for that.”

A Shen Yun dance depicts the persecution of people of traditional faith in China.

This is very touching emotionally and spiritually.
— Sally Hight

“This is very touching emotionally and spiritually,” she said of the classical Chinese dance.

She and Roy Helsing, who, although retired, works as a caregiver in the mental health field, attended the St. Louis matinee on Feb. 14 at the Peabody Opera House.

Mr. Helsing explained that Ms. Hight’s father had raised his family a bit unconventionally, which made Shen Yun’s performance all the more significant.

When she was growing up, Ms. Hight explained, her father, who had been a seeker looking for ultimate truth, ended up teaching Buddhism, even though he was an American.

“Buddhism was in his heart and spirit. So my brothers and I were raised with Christian and Buddhist beliefs. [Thus,] the beauty and culture of China is very touching to us,” she said.

“This whole production deserves a lot of credit,” Ms. Hight said, and she complimented the director.

Gerard Sniechota knows a bit about communism, too, and what it will and will not allow. The financial services professional, also in the St. Louis audience on Valentine’s Day, was born in Poland.

“Because I am originally from Poland, … I grew up under the regime of communism, so I know how they treat the divine.” He believes Shen Yun’s efforts bring hope “because maybe one day China will open their eyes.”

He believes that Shen Yun is “brave because it is, you know, not what the communist wants, but what the reality is. And that is very important—to show the truth about China, that there is a little bit more history than just from [about] 1950 when the communists got the power.”

He said that although people today know that China’s history spans thousands of years, because of communism few details are generally known—other than that China had many dynasties.

“Somehow [Shen Yun] brings the culture to us much closer and [we] discover many new things. I am impressed … by the singers, and the words where they said, the words about the divine,” he said.

He was so pleased that the lyrics projected on the backdrop behind the solo vocalists opposed atheism.

“So that is hopeful and positive,” he said.

He also appreciated the folk dances that Shen Yun features. One dance, “Celebrating the Divine,” is set in the Himalayas, and showed elements of Tibetan customs and dance steps.

“I like the Tibetan aspect because we know about Tibet a lot, and the Dalai Lama and their fighting for … their groups to be recognized,” he said. “So I think it was very positive.”

“I believe in God,” he said and was happy to see acknowledgment that “there is more than only this life.”