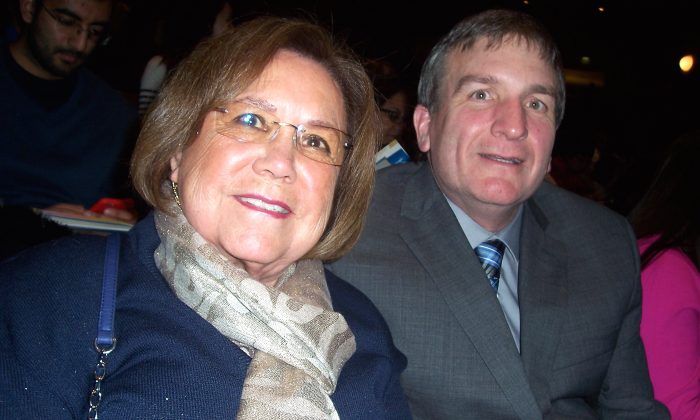 Tila Guerrero and Robert Clark had the opportunity to see Shen Yun Performing Arts at the San Jose Center for the Performing Arts, on Jan. 2, 2015. (Gary Wang/Epoch Times)

SAN JOSE, Calif.—Tila Guerrero and Robert Clark had the opportunity to see Shen Yun Performing Arts at its first Bay Area performance at the San Jose Center for the Performing Arts on Jan. 2.

“I think [the performance] is awesome! So nice!” said Ms. Guerrero, owner of a McDonald’s franchise. “It’s refreshing; it’s so clean and smooth. It just makes you feel good.”

He said the performance presented “a good amount of what humans should be doing in terms of forgiving. I thought that was very nice in terms of how we should be treating each other—no matter how we see people, we should treat them with respect and help people as much as we can.”

New York-based Shen Yun Performing Arts has the mission to revive 5,000 years of traditional Chinese culture. The performance, which has been seen by millions of audience members around the world, primarily features classical Chinese dance—an art form that has a history of thousands of years.

Mr. Clark believes Shen Yun will give people hope for the New Year.

“It opened my eyes, not for understanding us here, but how lucky we are to see this—like you said, in other places, you can’t see this, in China, because you’re persecuted. And that’s why I hope that the people over there will have hope that they’ll be able to express themselves more fully as time goes on.”