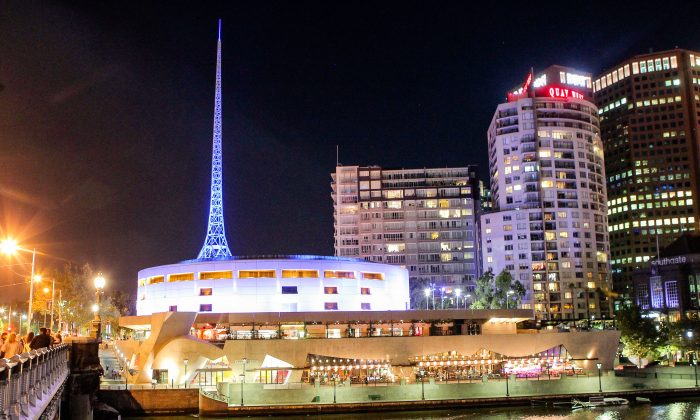 Shen Yun Gets Into Your Heart

“The music and the costuming is all beautiful, but what I like most is you get to see the depth of Chinese culture,” Ms. Versteegan said. “And also there’s a real message, I think the dancers and also the performance is very brave because of some of the messages in it,” she added.

Currently in its tenth year, Shen Yun has introduced millions of people to the beauty of China’s classical culture and traditions. Despite performances in over a hundred cities around the world, however, Shen Yun is unable to perform in China itself as China’s Communist Party still represses any spiritual or traditional beliefs.

Story-based dances are a popular component of Shen Yun performances and some of these tell a spiritual story.

“Especially the meditation part, and the fight or argument between the army and the people who were meditating, and seeing that they’re being suppressed because of their beliefs, their beautiful beliefs, like the Truth, Compassion, and Tolerance, that’s what we should all be doing,” said Ms. Versteegan.

Ms. Versteegan was impressed by the beautiful dancers, and the strong human spirit that came through in the performances.

“I think it gets into your heart, and it touches your heart, and you realise that not everyone is as fortunate as those of us who live in Australia, and have the freedom to practise any sort of belief system that we want.”

“And it makes me appreciate what we have here, as compared to not just in Chinese culture, but this is actually happening all over the world in other regimes.”

“It’s actually really uplifting, I have to say, so you feel really lucky and fortunate, but it also makes your heart soar, to tell you the truth, because of the other aspects of the performance, the costumes, the music, the expression in the dance. It’s actually beautiful.”

“Truth, Compassion,Tolerance—we all need to be practising that and even if we get a small 10 or 20 percent of the world doing that … imagine the world that we would be living in. It would almost be contagious, and so you might start off with a small amount and then it spreads. It would be a dream, actually.”

Ms. Versteegen wanted to share a message with the Shen Yun performers:

“I think your performance was marvellous, and the message was wonderful, and touching, and there’s real depth in the performance. My experience of Shen Yun was one of love, beauty and serenity.”