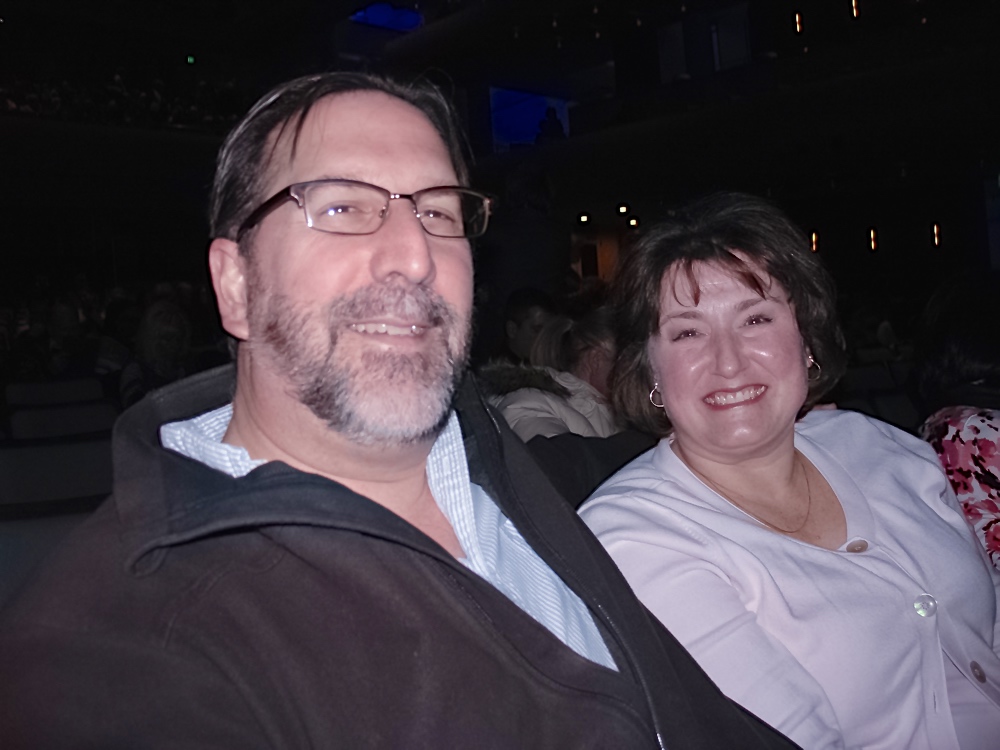 GRAND RAPIDS, Mich.—Eric Hughes surprised his wife, Christy, with tickets to Shen Yun Performing Arts International Company on Valentine’s Day at the DeVos Performance Hall. Her response to the gift: “I was very happy. I wanted to go so bad!”

At intermission, they were thoroughly enjoying the journey through 5,000 years of divinely inspired culture presented in storytelling dance and music by the New York-based company.

“It was exciting and amazing. To be this close [to the performers] is neat—to see the expressions on their face and watch them dance. I have never been to anything like this before,” said Mr. Hughes, president of Image Design.

Her husband bought the tickets a couple of months ago, and selected seating up front. “It’s fun to see their expressions, their faces, how they move,” he said.

Mrs. Hughes elaborated: “He was just saying … that he liked seeing the expressions on their faces, because it makes you feel that you are part of it. That makes it a little bit more unique to be able to see their faces, expressions, and the joy and the sorrow, and all the different things that go with each story. That makes it more real and come alive.”

She would like to bring her children to see Shen Yun as she felt they too would really enjoy the performance. “Especially my youngest daughter would just be on the edge of her seat, enjoying [it]. It’s just wonderful.”

Each year, Shen Yun presents a new program in its worldwide tour of Asia, Europe, and North America.

Cristen Dokic, a linguist, also attended the performance on Feb. 14. She was impressed with the Shen Yun Performing Arts orchestra, the erhu soloist, and the two vocal soloists.

Shen Yun is known for its classical Chinese, folk, and ethnic dances, and for its live orchestra playing original music, which is a combination of traditional Eastern and Western instruments, which create a unique sound.

“The erhu is one of the most important Chinese instruments, with a history of over 4,000 years. Though it has only two strings, it can convey a wide range of emotions,” states the Shen Yun website.

When the erhu was playing, she thought about how the emcee had spoken about music being used as medicine. “I thought how [the erhu sound] affected me. It made me feel really happy, and relaxed, and I even giggled a couple of times and let a part of my soul come out in the quiet room. I thought, ‘Yes, music is like medicine.'”

Patrick and Debbie Lonergan were impressed with the cultural aspect of Shen Yun, its mission being to restore divinely inspired traditional Chinese culture.

Traditional culture is steeped with spirituality and its corresponding wisdom and morals. The introduction begins with the creation story, ‘Following the Creator to Renew All Things.’ “So there were a lot of things coming from heaven per-say and there is just a lot of connectivity between folks on earth and the heavens. The entire show had a feeling of respect,” said Mr. Longegan.

His wife added the word honor.

“And honor and being part of the entire world,” he said in conclusion.