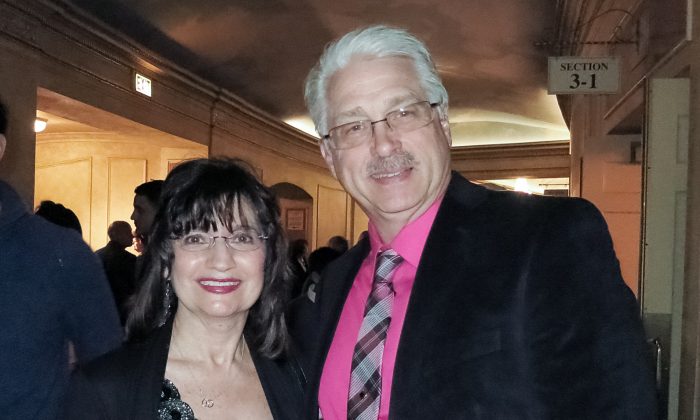 MINNEAPOLIS—The winter cold in Minneapolis was warmed by the first of four performances from Feb. 13-15 of Shen Yun Performing Arts at the Orpheum Theatre.

“For 5,000 years divine culture flourished in the land of China. Humanity’s treasure was nearly lost, but through breathtaking music and dance, Shen Yun is bringing back this glorious culture,” states the company’s website.

Al Risberg, site manager at Commonbond, and his wife, attended the opening night of Shen Yun, on Feb. 13.

“In my work world, I deal with people from all over the world and cultures. But I think it is important that we learn from one another.”

Shen Yun provides an ideal educational opportunity for learning about the rich culture of China though Classical, folk, and ethnic dances that retell stories about beloved legends, myths, characters, and about history from ancient times to the present.

Mr. Risberg was amazed at the dancing and the amount of time Chinese civilization has existed and developed such a rich culture. Many of its several thousand-year-old customs and traditions have been almost completely destroyed by the communist regime and its policies.

“I am also reminded of the oppression, where the cultures have been diminished, or when the government doesn’t want it displayed. So, I find it fascinating. It’s interesting,” he said.

Shen Yun’s mission is to revive this lost culture and express it freely and to its fullest extent since it is based outside of China in New York.

In accordance with this mission, Mr. Risberg stated, “I hope that it is well-received and viewed by many … I believe if people have a sense of history, it helps us in our daily living today. The lessons from history and stories can help people in their living today,  help them improve our lives.”

Traditional Chinese culture is rich in spirituality. “It seems to be a need from people all over the world to have the ability to express spiritual matters. I feel that’s important.”