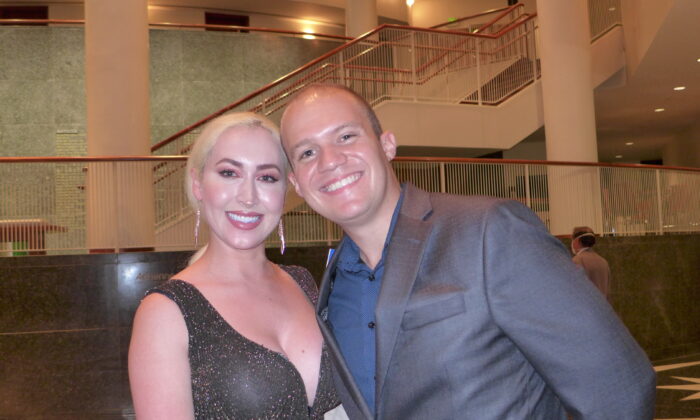 MIAMI, Fla.—Shen Yun Performing Arts, the classical Chinese dance phenomenon based out of New York, touched the hearts of Miami.

“The choreography was incredible. Everyone was flawless.” Ms. Quintero said.

They came to see the beauty of the dance but learned that the performance could not be seen in China today, due to religious persecution under the Chinese Communist Party (CCP). As spirituality was so central to ancient Chinese culture, when the CCP took over China, it systematically broke down the culture’s roots to better establish its own power.

Shen Yun‘s mission is to revive 5,000 years of Chinese culture as it existed before communism.

“I think this is wonderful because it shows people that don’t know about what is going on in China,” she said. “And I think keeping this culture, the history, is never going to fade and never going to die.”

Mr. Alonso said the performance provided a moment to reflect on the “Chinese people [and] what communism is and what it means. I’m a Cuban so it goes to show that communism is a failed system. … It even makes you get rid of and forget about tradition, which is one of the most important things that all human beings have.”

Many of Shen Yun’s performers are from China, where they would have faced persecution for their faith.

“Fight for your freedom, fight for your right,” he added. “I know it’s not easy but don’t let that beautiful history that you have get lost in politics.”

“Communism is one of the worst things that human beings have to endure.”

“It was one of the best performances I’ve ever seen. And I’ve seen a lot,” she said.

“I really love the female dancers; they were extremely fluid, and just really angelic. The lighting was amazing; the use of the orchestra was awesome; the choreography, just the overall just layout of the show was really well planned out.”

The orchestra’s live accompaniment “transported me all the way—I felt like I was in China,” she said.