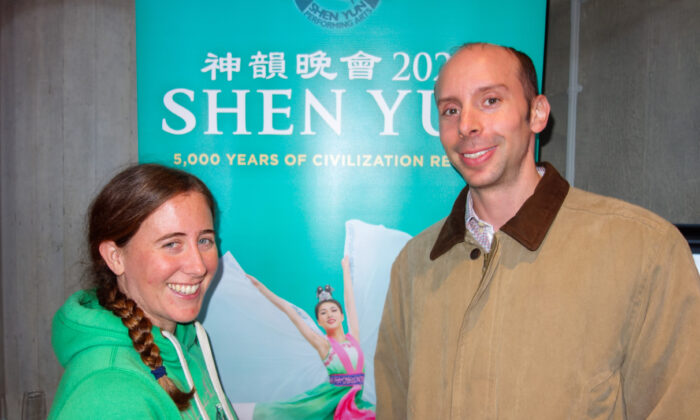 BERKELEY, Calif.—Pharmacist Robert Fogerite was deeply touched by Shen Yun Performing Arts and described it to be beyond words.

“I found the show to be incredibly diverse, visually appealing, very moving emotionally,” said Fogerite, who saw a performance in Berkeley at the Zellerbach Hall on Dec. 22, 2019.

Shen Yun is a New York-based classical Chinese dance and music company. Its dancers perform an all-new production each year, accompanied by a live orchestra with Chinese and Western musical instruments.

“The energy of the music is very apparent to me and very healing,” Fogerite said.

One instrument that especially stood out for him was the two-stringed erhu, which is sometimes called the Chinese violin.

“The erhu, that particular instrument, really moved me through a whole series of emotions within that performance, so I was very impressed by that,” he said.

Shen Yun’s website explains: “The Shen Yun Orchestra is the first in the world to permanently combine classical Western and Eastern instruments. Ancient Chinese instruments such as the soul-stirring erhu and the delicate pipa lead the melody on top of a full orchestra of Western strings, percussion, woodwinds, and brass.”

“I felt the healing,” Fogerite said. “[It was a] divine feeling, just pure bliss. So I was very deeply moved by the performance. For me, it goes beyond the words. It’s an experience.”

Stephanie Tomicich, a music teacher, attended Shen Yun with Fogerite. She also commented on the beauty of the music.

The performance made her feel uplifted.

“I just loved every minute of this show. I really liked the artistic design of watching the dresses and the artistry. … The dancing is graceful,” she said. “Very graceful storytelling, aesthetic and visually and auditory. Such a variety of experiences.”

Shen Yun’s mission is to revive China’s 5,000 years of traditional culture, which was almost lost under today’s communist rule.

“It’s great that they are keeping their traditions, they’re keeping their heritage alive,” said Tomicich. “Seeing a culture potentially crushed and viewing everything revived again is just very powerful.”

“It felt very familiar for me,” said Fogerite. “It felt like home. I’d just like to say I’m grateful for all the performers and the hard work, the dedication and discipline that they’ve put into this to make this happen and to share it with everyone and to share their love.”

With reporting by Lily Yu and Sally Appert.