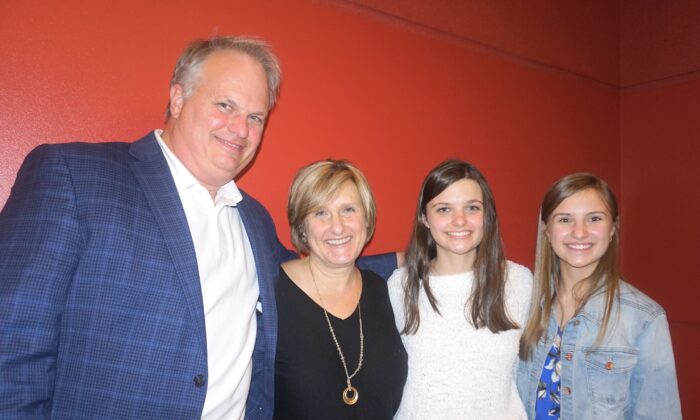 “It’s very interesting to see the beauty in the culture that the communists attempted to suppress and do away with,” said Daniel Quattlebaum, a board member of the South Carolina Association of Special Purpose Districts.

Shen Yun is the world’s leading classical Chinese and folk dance and music performance, which was showing at the Koger Center for the Arts in Columbia and is now headed to audiences in St. Louis, Missouri; San Antonio, Texas; and Washington, D.C., over the weekend. Since its inception in 2006, its mission has been the restoration of 5,000 years of Chinese culture and wisdom.

“It’s very helpful that it’s still being shown in America and shown to the world because … in the news, it’s just China …  one blanket covering the whole country instead of understanding that there are different ethnic groups and different cultures and different histories within the country of China,” Mr. Quattlebaum said.

For Hannah, Shen Yun was very educational. One dance that stood out was the “Water Sleeves” dance. She loved the costumes, adding that the synchronization by the ladies of the imperial court was amazing.

“[Shen Yun] is beautiful, it’s absolutely beautiful. And it’s a symbol of hope,” Mrs. Quattlebaum added. “It was a wonderful idea to come here tonight. We had a great time.”

Lisa Walker, a photo sales consultant, was also in the audience thanks to a gift celebrating Valentine’s Day.

Walker said that Shen Yun tells stories through classical Chinese dance, displays folk and ethnic dances and was very athletic—all that had been promised

“I haven’t been exposed to a lot of Chinese cultural music, which is why I’m enjoying it. It’s been harmonious and melodious and spiritually uplifting,” she said.

Lisa said Shen Yun reminded her why traditions should be treasured and how classical music is “timeless and unifying.”