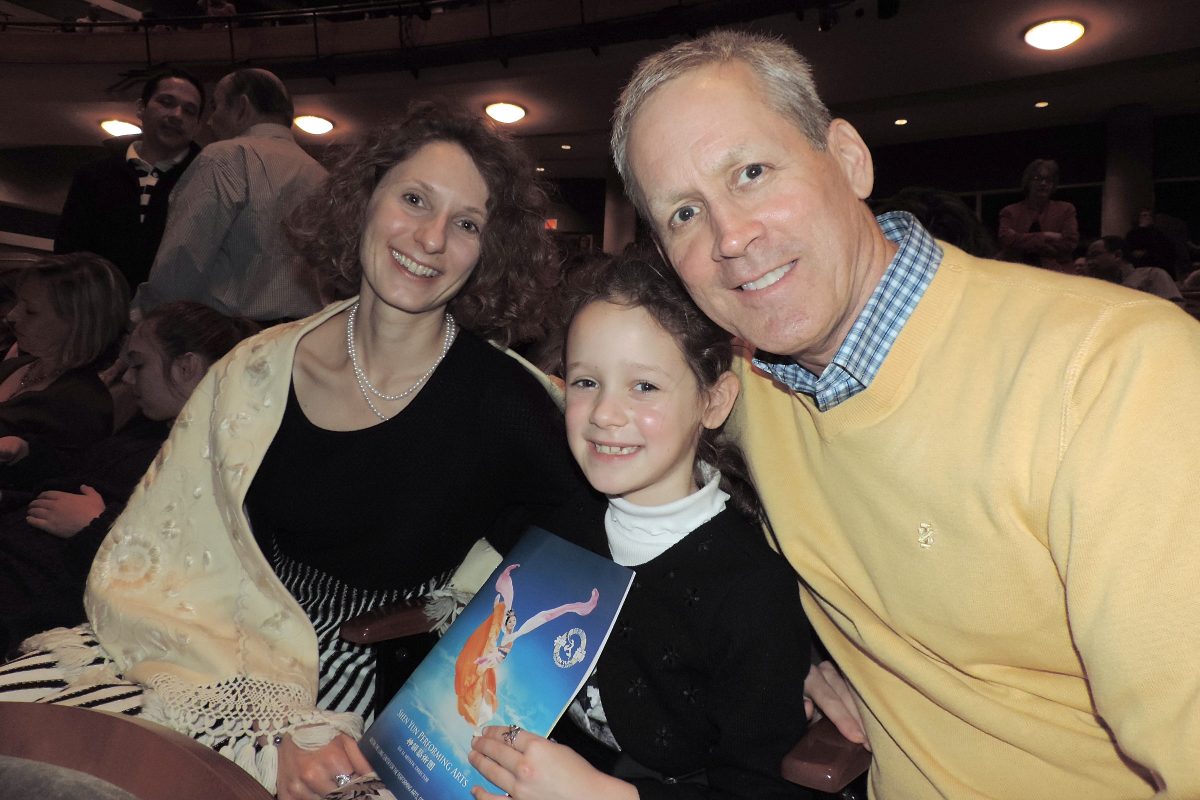 “It’s certainly marvelous,” he said. “I really enjoy all the creativity and on stage with all the dance movements, absolutely beautiful.”

Having a long career as a designer for companies like American Airlines, Pixar, Warner Brothers, Disney, and JC Penney, Mr. Clayton had an eye for the detail of Shen Yun’s artisty.

Mr. Clayton said he was also intrigued by the array of Shen Yun’s costumes. “The dress, the costumes are absolutely magnificent—they’re wonderful—such detail,” he said. “The costumes, you can see, they’re well thought out, every aspect of it—it’s beautiful.”

Every costume in a Shen Yun performance is presented with brilliant colors.

What Shen Yun seeks to revive is China’s 5,000 years of divine culture, a culture that was nearly lost over 60 years of rule by the communist regime.

“There is a sense of grace, beauty,” Mr. Clayton added. “I see [it] in all forms of dance—here, all over the world—but its seems to me they have created the dance, the grace and beauty; all is born in that culture and spread everywhere else.”

“I see a lot of beauty, grace, and color, and storyline; it all blends together,” he concluded. “It’s so detailed [and] complete with this culture, just amazing.”