A reminder of where we come from as human beings 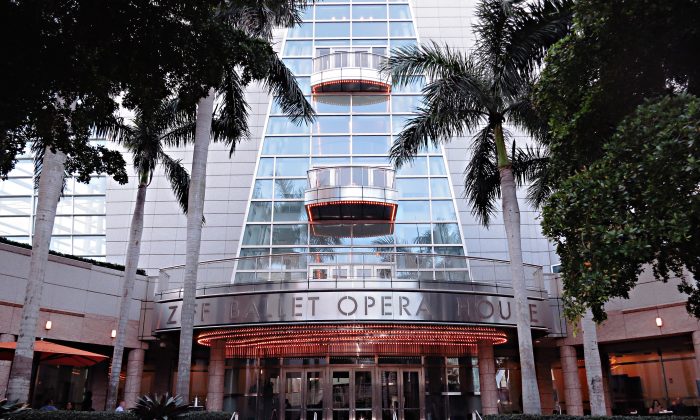 MIAMI—Mother and daughter, both Mexican actresses and well-known in the Hispanic community, were delighted with Shen Yun’s performance, its embodiment of perfection, at the Adrienne Arsht Center for the Performing Arts on April 7.

Yrelkah Brown, who has an array of experience in theater and the literary arts, described Shen Yun: “It’s really marvelous because every detail is perfect.”

Ms. Brown’s daughter, Ahrid Hannaley, is a television host and actress known for her roles in Clowns of America, Punto Muerto and Vecinos.

Ms. Hannaley said she believed in Shen Yun’s message: “to remember that we are all humans and that we all share not only the same world but the same feelings.”

“Through the universal language of music and dance, Shen Yun weaves a wondrous tapestry of heavenly realms, ancient legends, and modern heroic tales, taking you on a journey through 5,000 years of Chinese culture,” Shen Yun’s website states.

The ancients believed music had the power to heal.

Ms. Brown said she agrees, and she described her experience of Shen Yun’s music: “It’s so in harmony that it can bring the whole body and soul and energy this kind of balance that makes you healthy.”

Shen Yun combines the sounds of East and West, with the grandeur of the Western symphony orchestra, and the delicate nature of ancient Chinese instruments such as the pipa and erhu.

Shen Yun’s story-based dances demonstrate traditional principles such as benevolence, justice, propriety, and wisdom, as well as respect for the heavens.

“We are definitely connected to the earth, heaven, the universe,” Ms. Brown said.

Ms. Hannaley said Shen Yun gives a reminder about where we come from and our connection to one another.

As an actress who has starred in films, Ms. Hannaley felt Shen Yun leaves a person with a different feeling from what one gets when seeing a film: “You leave feeling very happy, like you want to hold everybody. Very peaceful—and that is so hard to create.”