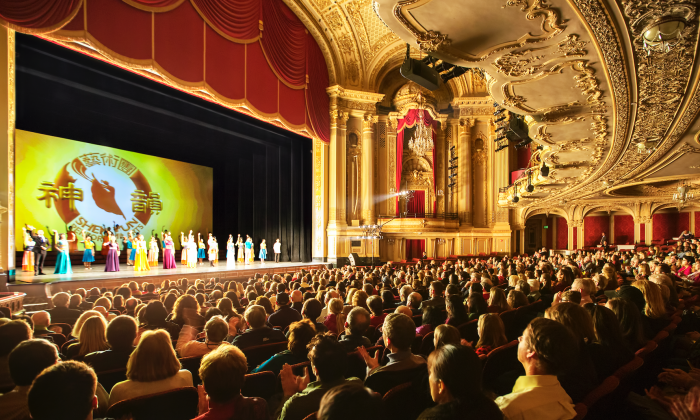 BOSTON—Although Carole White has seen Shen Yun performances before, nothing could quite prepare her for the beauty she witnessed at the Boston Opera House on Sunday, Jan. 24.

“It was excellent, absolutely excellent. Extraordinary. The costumes were great, the presentation …, the stories with the music,” said White, who works in corporate marketing.

Through classical Chinese dance and an orchestra that combines the sounds of the East and the West, Shen Yun presents onstage ancient Chinese legends and stories from present-day China. As did artists of the past, Shen Yun performers take inspiration from the spiritual aspects of Chinese culture.

That left the deepest impression on Ms. White. “You felt good. It brought a calmness over you [after watching it]. Very enlightening, extremely enlightening,” she said emphatically.

Shen Yun tours the world every year with a different production, complete with new, original choreography and music.

Ms. White also marveled at how Shen Yun’s productions seem to get more exciting each year. “I saw this last year, and it’s different, so for people who think that, ‘Well, I’m going to come and see the same thing’—it’s not that. And to me, each year, it just gets better and better. And the performers are excellent, so I love it,” she said.