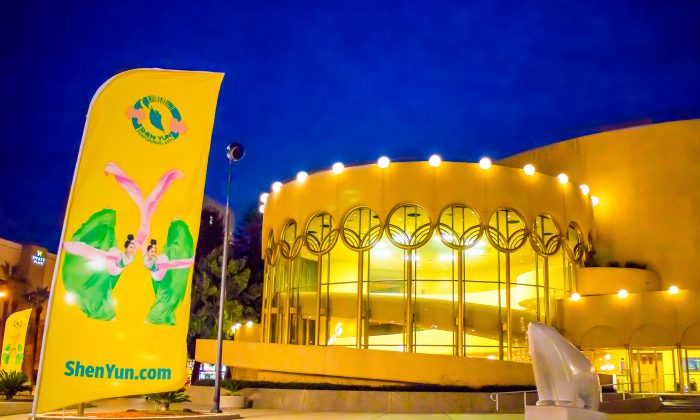 SAN JOSE, Calif.—It so happened that on the way to see Shen Yun Yun Performing Arts at San Jose Center For The Performing Arts, writer and social media consultant entrepreneur Elise Jones and her daughters were listening to a TED talk on the radio.

Ms. Jones’s youngest recounted: “The name [of the TED talk] was, ‘What is beauty.’ It said landscapes and water and, natural beauty is better than made beauty,” she said.

As soon as the performance started, what the family experienced was the very embodiment of what they had been listening to—beauty—with the added artistry of classical Chinese dancers and a symphony orchestra.

“I loved it. I saw waterfalls, I saw monkeys, I saw dancers who are very good at dancing, and I also saw birds, I saw people floating on the clouds,” said the youngest daughter who is also a dancer.

Ms. Jones said that she didn’t know what to expect before attending the Shen Yun performance, “so from the first gong, it was exciting, it was just live and in your face and it told a story … it told a lot of stories, and gave a lot of history, and information, in a beautiful way,” she said.

Ms. Jones was also moved by the fact that due to the current communist regime, such form of artistry is not able to be showcased in mainland China. She appreciated the learning experience.

“We learned a lot about how there has been a repression of this dance and the customs, and traditions of long ago by the government, and how they’re being brought back to life by a group of people who live here and have created a show to showcase all these wonderful things – part of their vibrant history,” she said.

Indeed the New York-based Shen Yun Performing Arts is comprised of world’s foremost classically trained dancers as well as a unique orchestra blending East and West—all for the purpose of reviving 5,000 years of civilization that has nearly been lost.

“It’s hard when you have a whole part of what your culture is [to be]  taken away or you can’t express it, so to have the opportunity to do it through this show, it does mean a lot. Those pieces definitely touched me,” said Ms. Jones.

She emphasized how moved she was by the experience of seeing the various elements of the performance come together: “Spiritually, it’s just quite moving to put together both the message, the artistry of the dance, the music, and the costume, when it all comes together like that.”

The three ladies were elated and smiling after seeing the performance.

“That was delightful for both me and my children,” said Ms. Jones.