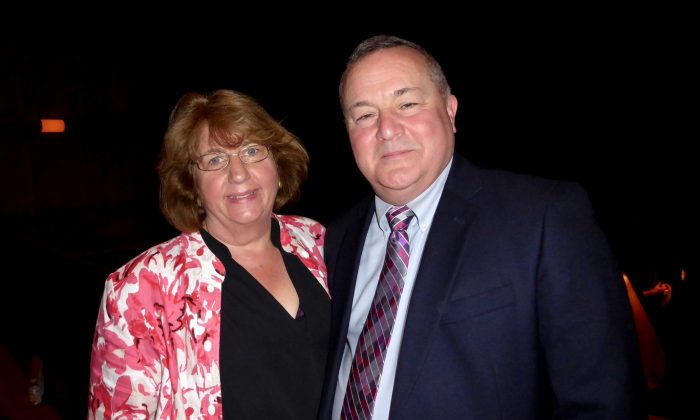 NEWARK, N.J.—Richard Guertin, counsel for the city of Middletown, New York, lives close to the home of Shen Yun Performing Arts. The company was formed a decade ago in upstate New York to show the authentic traditional Chinese culture to the world through music and dance.

On May 1, he and his wife made their way down to New Jersey to catch one of the last performances of Shen Yun’s 2016 season. Front and center at NJPAC, the couple could see the joyful expressions of the artists, and both were touched and impressed.

“It was magnificent, the story behind the dancing and the music, it gives you an insight into a culture from long ago, but also an insight into the difficulties people are facing today,” Mr. Guertin said.

While it brought him and his wife joy to see the performance, it also brought awareness that Shen Yun still cannot perform in China, though many of the artists are from China, where the traditional culture is suppressed.

“[From] a human standpoint, just knowing history,” Mrs. Guertin said it was saddening to see that this is still happening in China, and people are being persecuted for their beliefs under the atheist regime.

These traditions have value, Mr. Guertin added. He said he saw “a strong belief in, I understand, compassion, and the desire to build oneself.”

Mrs. Guertin added there was a gentleness and peacefulness that she could see through the music and dance.

“You can see they are so focused on their craft too, it’s beautiful,” Mr. Guertin said. “To be able to move that fluidly, just effortlessly, is astounding.”

Mrs. Guertin said you could feel “the energy behind it, you can see their energy, the joy.”

“It’s very beautiful to listen to and to watch the whole thing,” Mr. Guertin said.