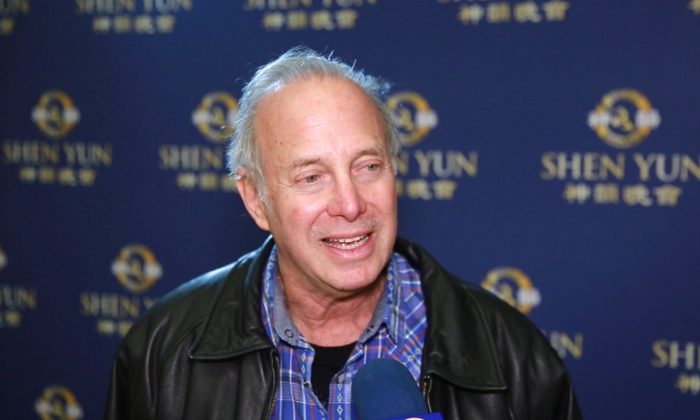 NORTHRIDGE, Calif.—If experiencing Shen Yun Performing Arts is on your bucket list, you’d better get tickets early. That’s what residents across the Greater Los Angeles Area have realized for the past couple of years, and Shen Yun’s 2015 season is no different.

Tickets for the Jan. 27 performance had been sold out for over a month.

Beyond the critical acclaim of dancers’ technical skills, rich, colorful costumes, a world-class orchestra, and innovative use of technology, Shen Yun unequivocally moves audience members. It strikes a cord deep within people.

“I thought the people, the young people, were all sincere. And it looked like they put so much work into it. I just thought it was beautiful,” he said.

Shen Yun is a New York-based, classical Chinese music and dance company that has become a global phenomenon by reaching millions and introducing them to the pure beauty and wisdom accumulated from 5,000 years of ancient Chinese culture.

Shen Yun performers believe that art is meant to be uplifting and bring joy to both the people who create and experience it.

“I loved the show. I’m very sincere. I thought the dancing, the singing and the choreography—it was beautiful. I totally enjoyed it,” Mr. Cohn said. “I would recommend this to anybody.”

Despite consistent praise for Shen Yun given by theatergoers worldwide, Shen Yun cannot be seen in China, where traditional culture has been nearly decimated by the Chinese Communist Party for the past several decades.

“The Chinese Communist Party removes the cultural essence of respect for the divine, thereby extracting the heart and soul of traditional Chinese culture. Shen Yun seeks to revive these virtues the world over,” according to the website.

“That is a shame,” said Mr. Cohn. “They really should be able to see [Shen Yun] in China. Hopefully things will change.”

Nady Kim, a psychotherapist, was also in the audience, and she, too, was struck and enthused by Shen Yun.

She said she felt the divinity in the performance.

“I really did feel the divine feelings,” she said. “It was the most beautiful, heavenly performance.”

Shen Yun’s website explains that there is an inextricable connection between the arts and heaven: “Throughout history, almost every culture looked toward the divine for inspiration. Today, Shen Yun’s artists-dancers, musicians, choreographers, and composers, and the entire team-follow this noble tradition. For them, this spiritual connection is motivation for striving to excel, is the heart behind each movement of the dancer and each note of the musician. It is why audiences can feel there is something different about Shen Yun.”

‘I had tears in my eyes’

Mark Morgan, a retired astronomer, was watching Shen Yun for the first time. From the very first vignette, he was moved.

“I was surprised how beautiful it was from the first scene,” said Mr. Morgan. “I had tears in my eyes for that first performance.”

“It was just so beautifully done,” he added.

According to Shen Yun’s website, “Sophisticated dance techniques, an orchestra joining instruments from both the East and West, beautiful costumes, and a stunning back drop—this is Shen Yun at first glance. But digging deeper, one discovers a sea of traditional Chinese culture. Mortals and divine beings merge on stage as one. Principles such as benevolence and justice, propriety and wisdom, respect for the heavens, and divine retribution, all come to life, washing over the audience.”

It’s these values rooted in traditional Chinese culture that connect people universally and seek for humanity to transcend itself—and leave Shen Yun audience members thinking about how to get next year’s tickets.