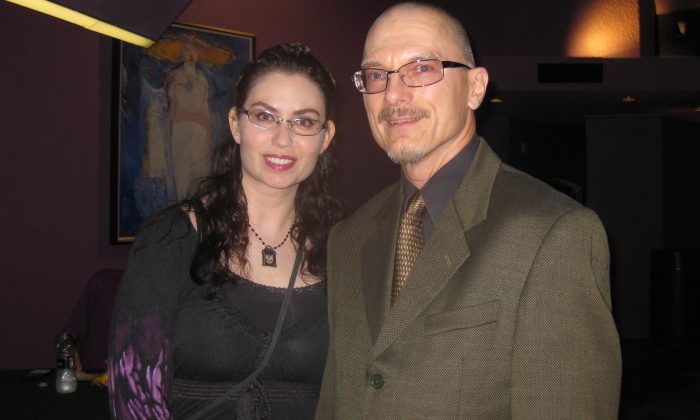 SARASOTA, Fla.—From 5,000 years of culture, legends, and divine allure, Shen Yun Symphony Orchestra’s unequaled musical spirit breathes the essence of art and perfection into its compositions for audiences around the country.

“I’m just blown away by it,” said Jeffrey Conn, a software engineer. “It is the most spectacular thing I’ve seen this year at least, if not in my entire life.”

Fresh off its run at Washington, D.C.’s renowned Kennedy Center, the Shen Yun Orchestra made its way to Sarasota’s Van Wezel Performing Arts Hall on Oct. 13.

One of Shen Yun’s most important missions is to revive 5,000 years of culture nearly lost since the Communist Party took over China in 1949. Yet an essential component of the company’s prestige, which enables it to grace hallmark venues around the United States, is its masterful convergence of two traditions—ancient Chinese melodies and Western orchestration.

In fact, it’s this perfection of musical integrity that touches the hearts of audience members at each performance.

Mr. Conn, as well, noted how the bel canto singing almost brought tears to his eyes. “It was so nice—beautiful,” he said.

Suzanna Wade, who also attended the performance, was similarly touched by the ancient singing technique. “Such a voice and such a range—it’s incredible,” she said of one of the female vocalists. “She’s very beautiful, too, so the whole picture is amazing.”

All the evening’s bel canto compositions “were specially written for Shen Yun performances,” reads the company’s website. Importantly, adds the website, the songs’ profound lyrics resonate with people of all races and cultures, inspiring and bringing joy to their hearts.”

“It’s fabulous. It’s absolutely fabulous,” added Ms. Wade, who works in accounting. She said that the performance almost transports you back to China. She attended the performance with her daughter Alexandra.

Shen Yun views the musical traditions of East and West as gifts from the heavens. Ushering forth from this divine inspiration, Shen Yun seeks to share true beauty with the world.

Ms. Wade said this sense of ethereal transcendence is difficult to communicate.

“It’s sometimes hard to put into words, when you actually watch the whole performance, but it’s so uplifting,” she said. “It’s absolutely wonderful. I’m so glad we came. It’s wonderful.”