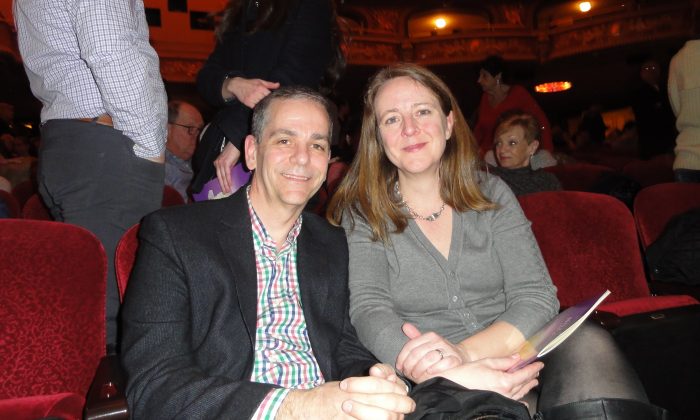 BOSTON—Drawing from thousands of years of Chinese civilization, Shen Yun Performing Arts is able to present, through dance, stories that represent the spirit of traditional Chinese culture.

“There was themes of Taoism, themes of Buddhism, themes of Chinese culture before Mao [Zedong],” Allpress said after watching the performance at Boch Center Wang Theatre in Boston, Massachusetts, on Jan. 26.

The Chinese people have long believed in the divine, and lived their life in accordance with values and virtues that aligned with the will of Heaven. These included propriety, righteousness, respect to parents and elders, and maintaining harmony between man and nature.

Allpress said he saw these themes presented through the art on stage.

“I think that’s an artistic interpretation of the artistic and unbiased population of China wanting to tell people, through an artistic way, that they aren’t abiding by [the] Communist regime,” he said.

Such traditional customs and beliefs continued to hold sway in China until the Chinese Communist Party led by Mao seized power in 1949. Since then, the party has waged war on traditions and beliefs in numerous political campaigns, culminating in the Cultural Revolution in the 1960s and 1970s. The Cultural Revolution sought to systematically destroy China’s spiritual heritage and replace it with worship of the communist party, and it almost succeeded.

“The themes in stories are very evocative and historical. So it gives a good picture of the Chinese culture,” Davies said.

“I think there is an awareness of such beauty that existed before the communist regime, so that it’s been unleashed and has been revived is very powerful.”

Davies noted the universality of the some of these themes, such as the battle between good and evil, that has been played out across different cultures throughout the ages. They were present in ancient stories with kings and gods, and modern ones depicting our contemporary day-to-day. There was both relevance in the content, and Shen Yun’s mission to restore the culture, Davies noted.

“I think it’s important to say that it doesn’t get forgotten. That we enjoy it today as the centuries before, so it’s kept alive,” Davies said.

She said that she hoped Shen Yun’s portrayal of the once-lost spirituality could rekindle the understanding of Chinese culture within the Chinese people too.

“Having an understanding of that spirituality … in the souls of people, I think is important,” Davies said.

“And I think this [performance] brings it out.”

The VP said the performance left her with a positive feeling.

“Spiritual and elated and happy,” she said.

With reporting by Sophia Zheng, Sherry Dong, and Cathy He.