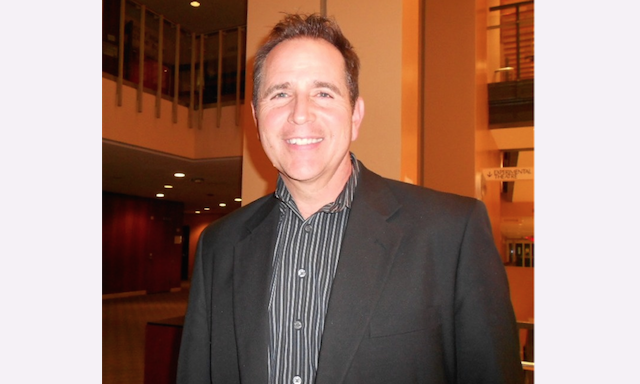 Ric Aragon, an executive security manager who coordinates security for domestic and international events for Intel, was among the audience at the mid-week performance.

“I enjoyed it,” he said. “I think it was very impressive. The costumes were great.” He said he also enjoyed how the digital backdrop was combined with the live performance.

Shen Yun is a non-profit, New York-based classical Chinese dance and music company that creates an all-new production each year as it tours the world on a mission to revive traditional Chinese culture.

Shen Yun’s website explains, “Through the universal language of music and dance, Shen Yun weaves a wondrous tapestry of heavenly realms, ancient legends, and modern heroic tales, taking you on a journey through 5,000 years of Chinese culture. Its stunning beauty and tremendous energy leave audiences uplifted and inspired.”

Each performance includes a variety of vignettes that transport audiences throughout the distant lands and history of China, and in each piece the performers wear different costumes. Shen Yun’s costume designers create hundreds of handmade pieces each season.

“Their objective is an authentic presentation of the attire that comes from China’s divinely inspired traditional culture, and a consummate stage effect,” says the company website.

Another major feature of Shen Yun that Mr. Aragon appreciated is the digital backdrops, which create a vivid context for each piece.

“From dusty yellow battlegrounds to tropical beaches to Himalayan peaks to picturesque scenery of the Yellow River Delta—the digital projection infinitely expands and transforms the stage,” says the company website.

Mr. Aragon was impressed with the size of the dance and music company and the performers’ talent.

“There were highly talented dancers,” he said, “and the sopranos were spectacular, so I was very impressed.”

“It’s good that you can see something like this here [in the United States] that you can’t see in China,” he added, referring to the current situation in which Shen Yun cannot be seen in China due to the repression of artistic expression.

Mr. Aragon would encourage others to see Shen Yun.

“I would tell them it was well worth seeing—a very good show.”