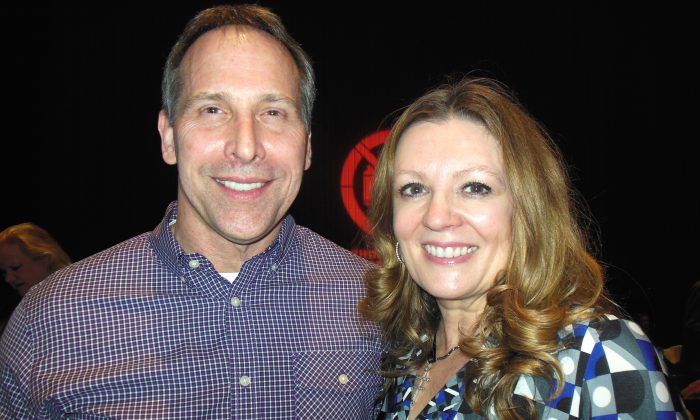 PORTLAND, Ore.—While one of the missions for Shen Yun Performing Arts traveling around the world is to deliver the renaissance of traditional Chinese culture to people, the effects thereof include tears of joy drawn from its audience members as they immerse themselves in the performances.

Roy Chrisop, a Senior Software Manager for Portland-based Harmonic, is no exception.

“At first when I was watching it,” he said, “I felt right on edge of tearing up because it was such an overwhelming emotional experience for me.”

For 5,000 years, divine culture was the hallmark of China’s civilization. Although this culture was nearly destroyed at the hands of the communist regime in China, Shen Yun is bringing it back to life through music and dance.

Taking part in that revival was important for Mr. Chrisop, who attended the performance with his wife Susy.

“To be part of this, and to see this, and to know that there is 5,000 years of Chinese tradition behind everything that brought us up to that moment, that’s pretty interesting,” said Mr. Chrisop.

“One of 7 billion right in order to see this and participate—emotionally for me—it was very pulling and deeply moving,” he added.

Another aspect that makes Shen Yun unique is that its stories hail from China’s rich history—giving it essentially a limitless source of inspiration from which it can draw.

Established in 2006 by a group of overseas artists, Shen Yun has set out on a mission to revive 5,000 years of civilization—in particular, the spirituality that was part of China’s divinely inspired culture.

And Mr. Chrisop paid special note to the connection he feels with such history. “I get happiness when I see this,” he said. “I feel the emotion and connection to that history, but then I also feel sad that the Chinese people don’t get to experience that for themselves.”

But in the end, to be “involved with the tradition, the artistry, the performance,” is the basis of the performance, he said. “All things coming together like that is very moving.”