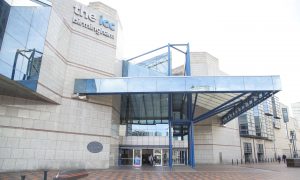 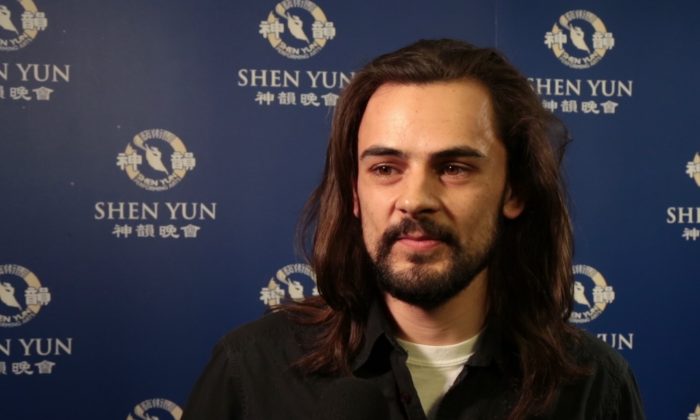 People watching the classical Chinese dance and music show were entranced and visibly moved by the beauty and colour of the dances, by the music and by its deeper spiritual meaning.

Many were also mystified and saddened that something so pure and uplifting cannot be shown in China.

“I’ve been so impressed with the grace and the beauty of the show and the colours of the costumes. It has just been really lovely,” said audience member Rob Edwards after watching the show.

Classical Chinese dance is one of the most rigorous and expressive art forms in the world, according to Shen Yun Performing Arts, the independent, New York-based company that was formed 10 years ago with a mission to revive 5,000 years of Chinese culture through dance and music.

Retired professional dancer Cynthia Nock appreciated what Shen Yun’s dancers were trying to convey. “I felt transported to another time, taken from the place I’m in now to another place which is absolutely wonderful. There’s an old saying that before you can travel on you’ve got to know where you’ve come from and I feel, with these young people, they know their roots and their history.”

Shen Yun’s artists—dancers, musicians, choreographers, composers, and the entire team—look to the divine for inspiration. “It is why audiences can feel there is something different about Shen Yun,” says the Shen Yun website.

This life that we live on earth is just like a journey, but it’s only a journey, it’s not our real home.
— Arthur Farndell

For one audience member, Arthur Farndell, the divine was evident. “This life that we live on earth is just like a journey, but it’s only a journey, it’s not our real home. Home is in heaven and that’s where we are all going, that’s our destination, and [Shen Yun] exemplifies that.”

Shen Yun’s performers draw their spiritual inspiration from the ancient meditation discipline and self-improvement practice called Falun Dafa (or Falun Gong). They strive to live by the principles of truthfulness, compassion, and tolerance.

In China, Falun Dafa is persecuted and performances of Shen Yun are not allowed which surprised many people at the Birmingham show. “I was reading about [Shen Yun] on the internet. I was really interested that you can’t actually watch this performance in China, which I think is a real shame,” said Ellen Parsons.

“It shouldn’t happen, it’s wrong,” said Jeremy Lionfive, of the persecution. “I think that if more people knew about it then maybe it would stop. I felt really sorry for the practitioners of Falun Gong who are getting punished for meditating and standing up for their beliefs.”

Despite the Chinese Communist Party’s ban on Shen Yun performances in China and efforts to stop them in other countries, the show continues to tour the world, performing in more than 100 cities each year.

After Birmingham, Shen Yun is appearing in Aix-en-Provence in France on March 9-10.