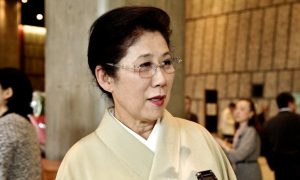 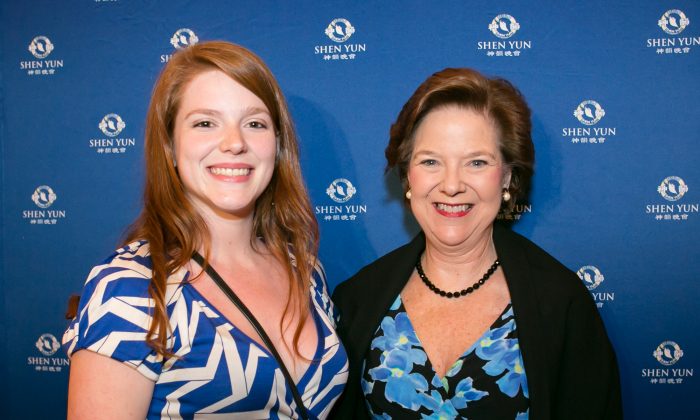 WASHINGTON—Shen Yun Performing Arts opened its sixth of ten shows this year at the Kennedy Center in Washington, D.C., on April 23, 2015.

In the audience was Mr. Roger Whitworth, a professional musician who plays the French Horn.

Mr. Whitworth decided in 2014 after seeing ShenYun, also at the Kennedy Center, not to miss the 2015 show because, “it was wonderful, and it really touched my heart.”

“Tonight’s show was more powerful than how I remember last year’s Shen Yun. It’s like the message has gotten stronger, the music, somehow, even seemed more beautiful, and the dancing had a lot more energy,” he said.

“Through the universal language of music and dance, Shen Yun weaves a wondrous tapestry of heavenly realms, ancient legends, and modern heroic tales, taking you on a journey through 5,000 years of Chinese culture,” according to Shen Yun’s website.

Mr. Whitworth said, people leave the show “more relaxed, feeling less stressed out” after having been exposed “to peace and harmony.”

What is so amazing is that “you can tell the performers are really doing more than performing. You can tell that it’s really their lives. It really touched my heart and it gave a wonderful message,” he said.

He continued that he got “a message of life, how life should be lived, about the suffering and resulting strength of people. But most importantly Shen Yun tells people to do what’s right and resist what’s wrong.”

“The ability to seamlessly blend Eastern and Western instruments to create one fresh, harmonious sound is what makes the Shen Yun Performing Arts Orchestra unique,” according to Shen Yun’s website.

“A Western orchestra plays the foundation, while traditional Chinese instruments lead the melodies. The sound produced is uniquely pleasing to the ear. The ensemble at once expresses both the grandeur of a Western orchestra and the distinct sensibilities of China’s 5,000-year-old civilization,” said Shen Yun on its website.

Ms. Anne Howard Tristani, an international consultant in the public affairs and government relations sector, and Ms. Christine Tristani, a trained classical ballet dancer who moved on to contemporary and modern dance, were in the audience at the Kennedy Center.

Today’s performance was “absolutely extraordinary and the most impressive dance performance I have ever seen … It was really special,” said Ms. Anne Howard-Tristani.

“It’s one of the most remarkable performance one will see in ones entire life … I will make sure that my entire family gets to see this show,” she said.

Being a dancer, Ms. Christine Tristani was impressed with the dance performances and said, “These dancers were incredible. The precision and the simultaneous movements looked so effortless. It was amazing.”

“I’m in awe and amazed by the production that unfolded before my eyes,” said she said.

“China’s deep cultural traditions are contained in classical Chinese dance, allowing its movements to be richly expressive, such that the personalities and feelings of characters can be portrayed with unparalleled clarity,” according to Shen Yun’s website.

Ms. June Seay, a banker, felt that it was a great performance, and gave her a good feeling during her first visit to the Kennedy Center.

“Shen Yun was everything I hoped it would be … The way the stories were told made the message of being good much more real … We experienced a glimpse of heaven right here,” said Ms. Seay.

“This show presents true humanity, peace and something that is good. Therefore, it makes one feel what humanity is all about. Everything that you should be was presented in this show. It was not complicated, just a beautiful story,” she said.

She said that no one should miss Shen Yun. She will tell people, “Don’t come with any preconceived notion. Empty your heads and absorb the message. Don’t watch Shen Yun with what you are expected to see. Just be empty-headed and ready to absorb the message. It’s just like taking a bath, let the message wash over you.”

As it is said on Shen Yun’s website, “Its stunning beauty and tremendous energy leave audiences uplifted and inspired.”