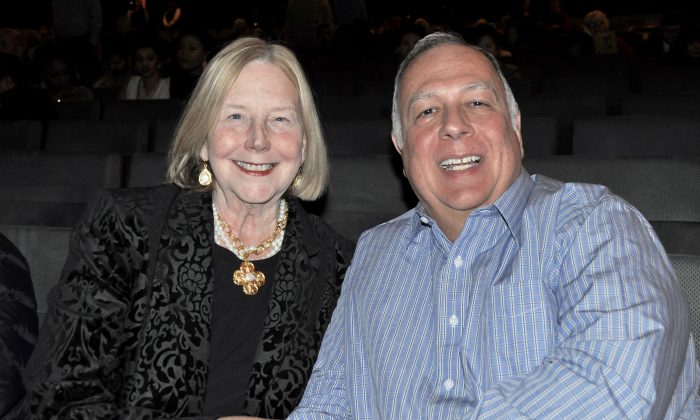 DALLAS—In the heart of southern U.S., many theater goers experienced something they never thought would resonate with them—traditional Chinese culture. But despite being on the other side of the Earth, traditional Chinese culture, which spans more than 5,000 years, is similar to any other. There’s a story of creation, legends or fairy tales, and unique aspects of different ethnic groups.

Shen Yun Performing Arts, a New York based company, has as its mission to revive this ancient culture and to introduce it to audience around the world. Many of the audience at the Winspear Opera House had their first encounter with traditional Chinese culture on Jan. 6, 2016.

With more than 30 years as CFO of an engine manufacturing company, and before that a manager at Deloitte, Chris Mantzuranis didn’t shy away from connecting with the performance and said that the spiritual aspect in Shen Yun dances was felt through the dance and the music.

“It’s very easy to relate to that,” he said during intermission.

Mr. Mantzuranis, who visited the theater with his wife Genny Mantzuranis, also enjoyed how each story was told through dance.

“It’s like they bring body, mind, and spirit together and they actually show it through their movements,” Mr. Mantzuranis said about the dancers.

Ms. Mantzuranis, who retired from working in the fashion industry kept a close watch for the details of each dance. She was impressed with the synchronicity of the dancers and their precision.

“I loved the costumes, and the cultural aspects, and the colors, and the headdresses; and everything,” Ms. Mantzuranis said.

That same night, another Dallas couple, John Whitehead and Taylor Whitehead, were really looking forward to their first encounter with Shen Yun.

They had heard about the performance, seen the billboards, read the ads.

“It’s fantastic, all the colors, all the costumes, the performances,” said Mrs. Whitehead, an IT recruiter.

They were both really impressed with the story telling and just how much they were able to learn about traditional Chinese culture that night at the theater.

Mr. Whitehead, a wealth management analyst at Neuberger Berman, was glad that he was able to have such a rich cultural experience in the heart of Dallas.

“[Shen Yun is] something very different from what we see here in the United States,” Mr. Whitehead said.

“I would tell absolutely anybody to come see it, to come experience it,” Mrs. Whitehead said.