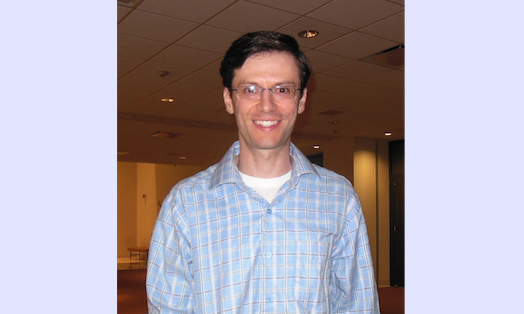 “The way they incorporated the visual arts, the colors, the dancing, the music, all together was outstanding,” he said, but what made it truly stand out was that “the message that it conveyed was such good spiritual message of truth.”

Shen Yun was formed in 2006 by a group of leading classical Chinese artists in New York, where they enjoy artistic freedom. Not restrained by the communist regime in China, the artists create magnificent productions of classical Chinese dance and music, and the company’s touring performing groups stage the productions all over the world each year.

The mission of the company, according to its website, is to revive China’s divinely-inspired culture.

“Sophisticated dance techniques, an orchestra joining instruments from both the East and West, beautiful costumes, and a stunning back drop—this is Shen Yun at first glance,” explains the website.

Through the dances, music, and the lyrics sung by Shen Yun’s award-winning vocalists translated from Chinese and projected on the backdrop, Mr. Zeini said he could see very deep and spiritual themes in the performance.

“It was deeply moving to the spirit, and the message of the songs translated was very inspiring, speaking of truth and divine wisdom and how everyone is seeking the truth, to home and heaven, and we’re on this journey and path together,” he said.

What Shen Yun champions, according to Mr. Zeini who majored in fine arts in college, is the portrayal of positive moral values through the arts, as opposed to expression of evil motives or immoral behaviors seen in many of the art forms today.

“When I see something like this, it helps me to continue on pursuing goodness and moral values through art, through self-expression, and I believe that the show was all about that,” he said.

“The way that all those dancers and everyone in the orchestra united to express goodness, moral positivity, spiritual reality was very inspiring. The unified effort was amazing.”

“The highest aspirations should be expressed artistically, not the more base, negative, immoral aspects of human nature,” he said.

Mr. Zeini expressed hope that by watching Shen Yun, more people would be able to “see the truths” and not be materialistic.

“I think that was a great message of the show: our true home is heaven, it’s not here on earth. We’re just passing through, as some people may say.”

With this message, Shen Yun is helping to set a new direction in society, Mr. Zeini said.

“The artistic side of the show, the artistic expression in the show, I believe, helps us to connect with our own spirits at a deeper level, and in doing so through reflecting or meditating on deep reality, the spiritual reality, then we can overcome the burdens that we experience in day-to-day life.”