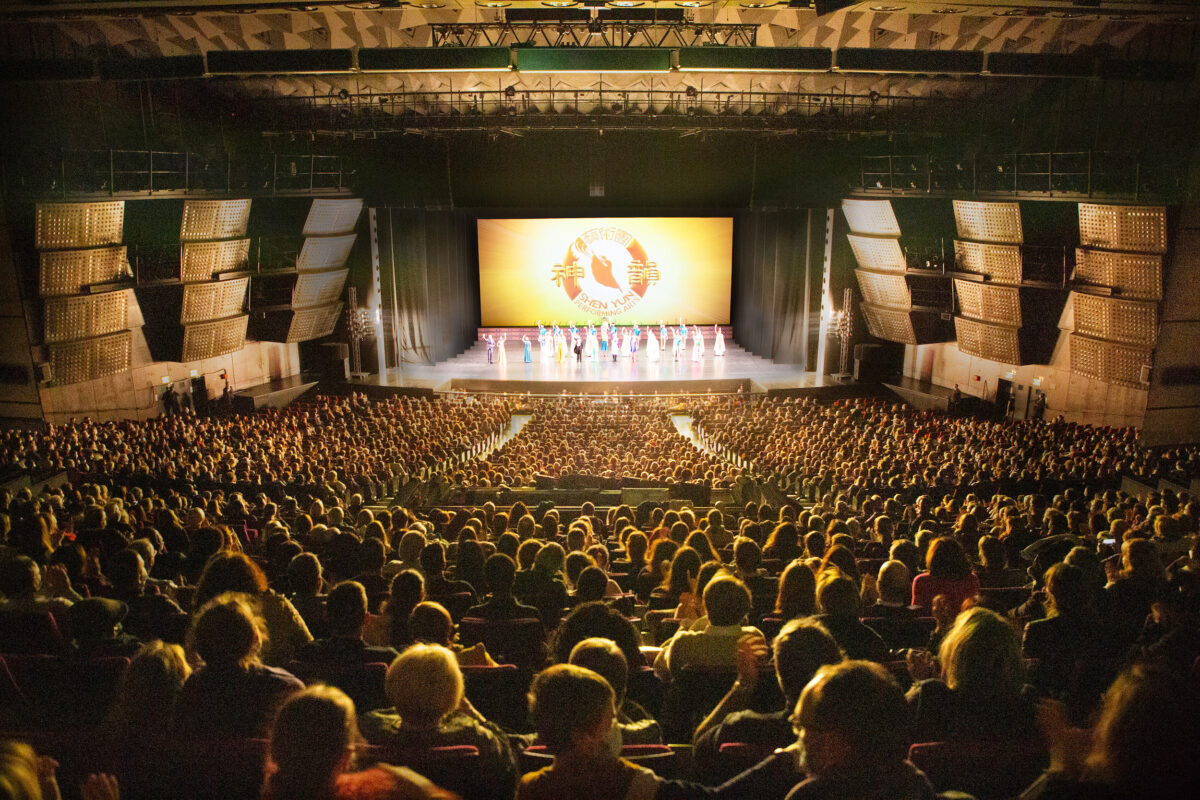 Shen Yun: Art and Moving Past the Pandemic

When Paris rang in the new year this year, thousands felt they had in their grasp the ticket back to normalcy.

For two years, New York’s Shen Yun Performing Arts had been unable to tour Europe, much less Paris, because of the COVID-19 pandemic restrictions across the world. News of its return to France created excitement not only for those who wished to see the buzz-worthy show, but also for those who had purchased their tickets before 2020 and held on to them, waiting.

On Jan. 14, the Palais des Congrès was flooded with people, not all of whom could make it into the theater. Because of city government restrictions, the theater’s seating capacity was capped right before the performances, and a chance to attend the long-awaited event became all the more rare.

Those entering the theater could see tears in the eyes of those whom theater staff had to turn away, including some who had traveled from distant corners of France and booked accommodations in the city all in preparation for enjoying the show. The local capacity restrictions were lifted after the opening weekend of performances, and the audience members who couldn’t make it hoped that they would have their chance when Shen Yun returned to France in March.

Amid the ongoing pandemic, the event became all the more significant for many in the audience.

“It is very important to go out, to see shows despite this pandemic, which is coming from China. This situation forces us to try to do something else, and the shows are part of it.”

Bricaire brought his granddaughter with him to the show. Formerly the head specialist on infectious and tropical diseases at a hospital, he was still very actively involved in the management of the pandemic. For him, a virus couldn’t stop the human yearning for great art.

“You’re transfixed, you’re moved, and you can’t get enough of watching,” he said. “We are rocked by all of the dances.”

Gilles Maroteaux, a teacher and translator, had been waiting four years to see the renowned classical Chinese dance company. In a voice broken by emotion, he said there were no words to adequately describe Shen Yun, but the experience was something superb and left him inspired by the vision of humanity he glimpsed in the show.

“If we humans could become like that again, it would be good for many [in the] world … and probably all of humanity,” Maroteaux said.

The New York-based dance and music company promises a performance this season that brings to life “China before communism”—a world few are familiar with. Once dubbed the “Celestial Empire,” ancient China was a land where civilization was divinely inspired and society revolved around the maxim of harmony between heaven, earth, and humankind.

Watching Shen Yun, Maroteaux felt that it conveyed something that “can give us humans this desire to learn other things, to open up to people … to also connect with Heaven and the superior beings who direct us a little.” He felt that it was something “that is good for the soul and the heart.”

“It’s a lot of beauty and goodness … all that we miss, especially right now!” he said.

Across the ocean, audiences watching one of Shen Yun’s six other touring companies shared similar sentiments.

“The show is a good antidote to the pandemic. The pandemic makes you turn into yourself and become depressed and alone and isolated. And a program like this teaches you that you’re connected to other people and that you need to. You need to think about something beyond yourself, something transcendent,” said Philip Lancaster, who saw a performance in Atlanta, also on Jan. 14.

“[Shen Yun] is uplifting, beautiful. [It] reconnects you with the world, the cosmos beyond yourself, and [it] shows the value of being connected to the physical world, to other people, and to the divine.”

Richard Hart, who saw a performance in Escondido, California, on Jan. 15, said that he was so moved by the show’s beauty that he was brought to tears three times.

“I was so touched by the beauty I saw on the stage. I’m so happy to be human, to be alive, to be able to see what I saw tonight,” Hart said. “It’s been a dream of mine to see Shen Yun since 2006, and finally I realized this dream after so many years.”

Not content to realize his dream alone, he had purchased 14 tickets for friends and family so that he could share it with his loved ones.

“I can tell you this much: If you want to see beauty in humanity and how our Creator created such an amazing thing, you don’t want to miss Shen Yun,” Hart said. “It moves you. It moves your energy, it moves your soul. It moved me to my core, it really did.

“It was like music to my eyes. It wasn’t just my soul, it was my whole body-soul experience. I’m just in awe.

“You cannot just cocoon yourself in your house and get depressed. Come out! We’re going to live with this virus for the next 20, 50 years. Now is the time to enjoy your life and see these beauties. Life is a risk. Driving a car is a risk. But coming to a beautiful show like this, I’m sure the Creator is taking care of us.”

Even before the pandemic, Shen Yun toured the world far more extensively than any other performing arts company. In 2022, the season seems to have been extended, with shows in June when most previous seasons ended in mid-May. For many venues, tickets sold out faster than ever.

Ed Gainey, mayor of Pittsburgh, felt the spirit of motivation when he saw a performance on Jan. 23.

“I’m glad I made it today. I’m glad I made it, and I’m glad [Shen Yun] had it here. I think that the more people that would see that, they would be inspired,” he said. “I believe when you inspire people, you bring the best out of them.

Gordon Hamby, personal coach and speaker, saw hope for humanity in Shen Yun. He saw “the great act of compassion” that’s sliding away in the modern world, as well as hope that people will regain it.

“It’s so spiritual and open-minded toward beauty and nature and humanity itself,” Hamby said.

Watching the performance, he “felt a release, like some weight had been lifted.”

“It’s the grand compassion toward all of humanity … toward everybody. We do forget that everybody has challenges, everybody has things to get through, and I think that spiritual aspect that includes, to me, the entire universe is really the binding glue for everyone.”

Hamby does anti-bias and anti-bullying training, with the philosophy that inner harmony begets external harmony. He bases his work on 11 core principles, including compassion, truthfulness, forgiveness, and enthusiasm, and he saw all of that in Shen Yun.

“I feel really happy and joyous,” he said. “In Greeley, Colorado, it’s so wonderful to see so many people who want to see this show that talks about renewed hope and compassion. That is just really enlightening and inspirational to me, when I look around the theater.”