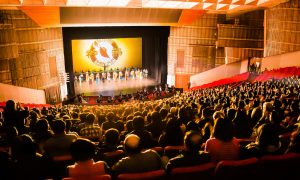 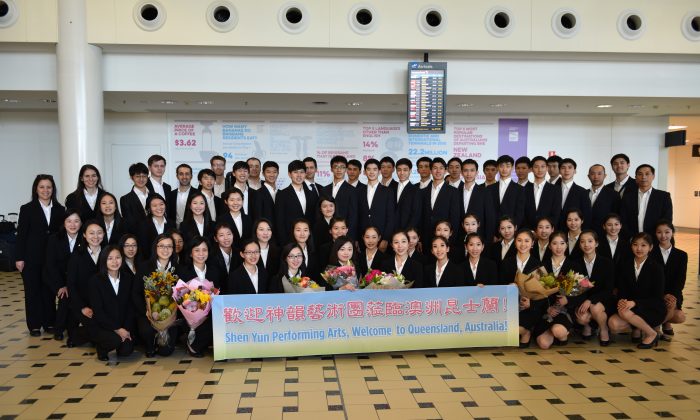 Shen Yun Arrives Down Under

BRISBANE—It is time for Australian audiences to discover China’s ancient culture through music and dance. Direct from the west coast of U.S. the Shen Yun Performing Arts International Company has landed in Australia.

Under brilliant blue skies, the musicians and dancers were greeted by fans and media at Brisbane airport.

This New York-based company will perform at two venues in Queensland, also known as the ‘Sunshine State:’ Out west in the city of Toowoomba and then in the heart of the Gold Coast, followed by performances in Perth, Canberra, Bendigo, Sydney and Adelaide before continuing its tour in Auckland, New Zealand.

Many greetings were sent from members of the state and the federal parliaments from all over Australia welcoming Shen Yun to our country.

In Queensland, Federal Member for Wright, Scott Buchholz said,
“I warmly welcome Shen Yun Performing Arts to Queensland. I welcome the universal themes of compassion, courage and hope that Shen Yun represents and I welcome their mission to share traditional Chinese culture with the world. ”

Also Federal Member for Moreton, Graham Perrett said,
“The Shen Yun presentation contributes to the revival of traditional Chinese culture and the promotion of Chinese and Western cultural exchange and I proudly welcome all performers to our great state of Queensland.”

People living in the garden city of Toowoomba, or on the Gold Coast will have their chance to see for themselves a music and dance performance that touches the heart and leaves theatregoers smiling and filled with hope for the future.

Toowoomba’s Mayor Paul Antonio said at a reception for the company members, “It’s wonderful to have them here in Toowoomba. … This is a world class performance, we have a magnificent venue [Empire Theatre]—it’s an opportunity for people to see that ancient [Chinese] culture.”

Audience members from the International Company’s recent performances, on the U.S. west coast, in Berkeley and San Francisco were inspired and impressed in many ways by the performances.

Ballerina, Holland Peters, said, “I was really inspired by it because of how different it was from what I’m used to seeing. It was just really inspiring, and it brought me joy to watch.”

An attorney, Dennis Wagstaffe, saw Shen Yun as a gift, “I think this a wonderful gift to San Francisco,” he said.

Business man, Richard DeLuna, enjoyed the orchestra,
“[The music] sounds to me very traditional Chinese, and I think it’s very uplifting. … I love the live orchestra.”