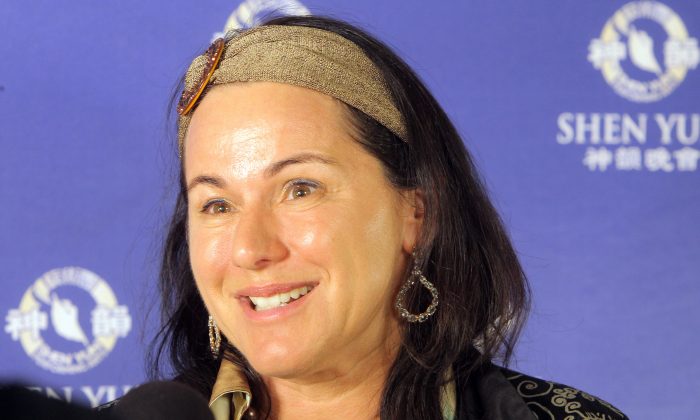 MELBOURNE, Australia—It was a lovely summer evening in Melbourne for the opening night of Shen Yun Performing Arts. The company presents through the medium of beautiful classical Chinese dance excerpts of China’s 5,000 years of history. Shen Yun is based in New York but travels the world with a mission to revive China’s ancient culture and its spiritual values of truth and loyalty.

Among the theatregoers in Melbourne’s State Theatre, on Feb. 20, was Tania de Jong. Ms. de Jong is a renowned soprano, a successful businesswoman, and a motivational speaker with a Law degree. Her efforts have been recognised in many awards including Member of the Order of Australia for creating music and art programs in schools and communities.

She is passionate about people finding their own voice not only in singing together in choirs but also speaking up in society, so she very much resonated with the Shen Yun story.

“This is world class entertainment, and it is a very important story about civilisation today. We need to speak our truth and not be silenced,” said Ms. de Jong.

The dancers produce quite an effect on the feelings of the audience connecting them with nature and the heavens; such as in the colourful Tibetan ethnic dance “Celebrating the Divine” with its magnificent landscape scenery of the Himalayas and the sounds of authentic ethnic music played by the unique Shen Yun Orchestra.

She was quite moved by the stories in dance and the words in song extolling the ancient values that are relevant for all societies today.

“Everyone’s voice matters, we can all sing off the same song sheet.”