Shen Yun an Immersive Story of Creation and Hope 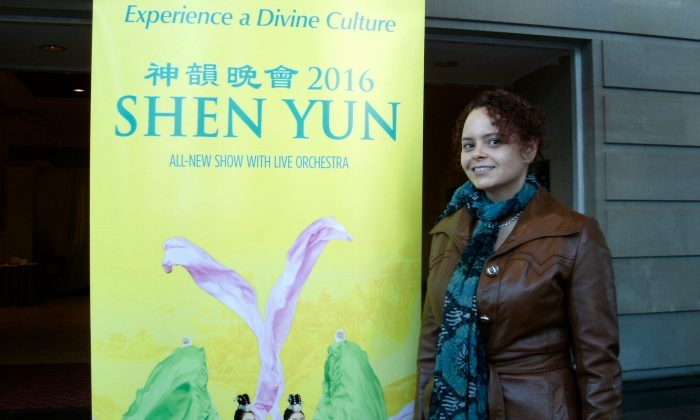 RALEIGH, N.C.—Shen Yun Performing Arts had been introduced to Mindy Morgan as 5,000 years of Chinese civilization brought to life, and on Jan. 24 she found it was just that.

“That’s exactly what happened. It was as if the culture was brought to life before our eyes in a two hour window,” Ms. Morgan said at the Duke Energy Center for the Performing Arts. “It was magical! It really was! It felt like you were being transported back to a different time. “

She felt like she’d seen the entire story of China, from the legend of creation to through the modern day. It was uplifting, and it was magical, she said.

The innovative New York-based company is in its 10th year of touring the world now, bringing this ancient culture to the world’s stage through music and dance.

“I closed my eyes—and you could just listen to the music and you could feel the energy from the dancers just radiate throughout the audience and reach me all the way up in the balcony. It was wonderful!” Ms. Morgan said.

Behind the dancers is a state-of-the-art digital backdrop showing heavenly scenes, ancient China, and landscapes across the country. Below the stage is a unique orchestra—the only one in the world that has the ancient Chinese instruments of the pipa and erhu as a permanent part of the ensemble.

And on stage you have world-class dancers who have trained for years in classical Chinese dance, a form thousands of years old that was once nearly lost. They don costumes showing the clothing of eras like the Tang Dynasty, Sui Dynasty, or even heavenly fairies. The color combinations and construction are such that world class fashion designers have commented on the ingenuity, and dancers have marveled at the performers’ use of props.

“It brought everything to life using all five of your senses. You didn’t just watch the show or hear the show. You felt the show!” Ms. Morgan said.

What Ms. Morgan felt seemed like the entirety of China’s divinely inspired 5,000 years. It is a culture that, going back to the creation legend, was born out of love, Ms. Morgan explained. The opening piece showed the Creator coming down from the heavens and the beginnings of China’s culture. As the performance progressed with dances and stories throughout the ages, she saw the kind of hope and struggle that transcends cultures.

The finale shows a scene of the Buddha, and with his return there was “that hope and sense of renewal that you get is a common theme that everybody wants.”

“At the end, everybody wants that hope,” Ms. Morgan said. “Whichever god you believe in, they will be coming back, and it’s about the goodness in your heart and again the energy that you’ve given out and the ability to receive that similar energy from other people, that will be judged.”