Shen Yun: ‘An experience you can’t get anywhere else’ 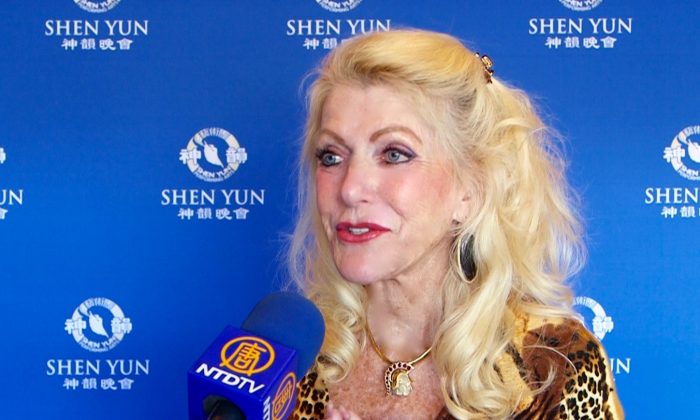 “It’s W-O-N-D-E-R-F-U-L,” she said, drawing out the adjective. “It is beautiful. It is an experience that you would not get anywhere else.”

Dr. Jackson thought the performance would just include dancing.

The people just float, I mean, the choreography is incredible, and the story line—beautiful, beautiful.
— Dr. Gayla Kalp Jackson

“I did not know it would include the history, the education, the costuming,” and the animated backdrop, she said. “You get the whole package when you come. And it’s just awe inspiring.”

Shen Yun is a New York-based, non-profit, classical Chinese dance and music company that tours the world each year on its mission to revive the beauty of traditional Chinese civilization.

Dr. Jackson continued to gush: “The people just float, I mean, the choreography is incredible, and the story line—beautiful, beautiful.”

Through approximately 20 vignettes, audiences are transported on a journey to heavenly realms, distant lands, and even magical kingdoms beneath the sea. Ancient legends, heroic tales, and modern stories of courage portray China’s rich heritage.

A live orchestra combining Eastern and Western instruments accompanies the dances, while a massive, digitally projected backdrop that spans the stage provides vivid images of China’s multifarious landscapes, regions, peoples, and dynasties. Together they serve to accentuate the audience’s feeling of being in ancient China.

Dr. Jackson, who started her career as an actress and toured throughout Europe with the American Theater Company, was astonished by the production values of Shen Yun.

“I’ve been in theater all of my life, and I know how much it costs to put on a production like this,” she said. “A full screen with the imaging, the costumes themselves, the beautiful hair, the crystals in the hair, the shoes, the embellishments on the costumes—they were fantastic and well made,” she said, “each costume must have cost thousands of dollars. Whoa!”

“I was like a baby being born, I was in awe of the costuming and the dancing, and it taught me so much about the Chinese culture,” Dr. Jackson said.

She appreciated how the emcees would explain the background and historical context behind the dance pieces.

“To have the stories behind each dance really gives it a lot of depth,” she said. “It makes it very, very interesting. Yes! Love it.”

Dr. Jackson said she knew about Chinese history, but “I didn’t know about the spiritual side and how it connected with art and dance and color,” she said.

Shen Yun’s website explains how spiritual belief was an integral part of traditional culture and permeated all aspects of life, including the arts.

“Throughout history, almost every culture looked toward the divine for inspiration. Art was meant to uplift, bringing joy to both the people who created and experienced it. It is this principle that drives Shen Yun performers and their art.”

“Oh, definitely. Commit. It’s worth it; it is beautiful. Definitely come.”