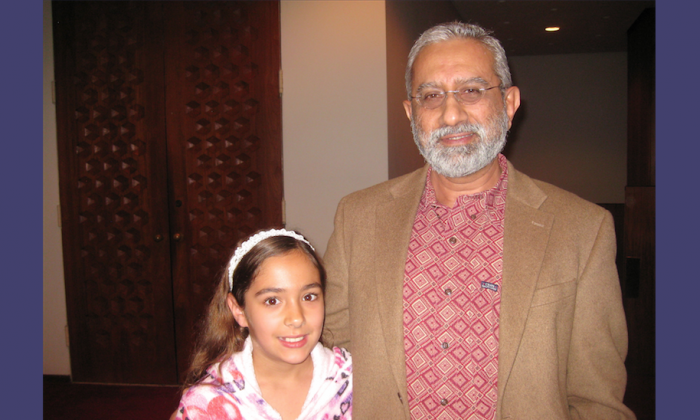 HOUSTON—Shen Yun Performing Arts was an enlightening experience for cardiologist Usman Quresh, as he said after the matinee at the Jones Hall for the Performing Arts in Houston, Dec. 24.

“There’s a lot of spiritual background there,” Mr. Quresh said of the traditional Chinese culture Shen Yun brought to life on stage. He added that Shen Yun “is not something we see in the West. We don’t know anything about it.”

New York-based Shen Yun was formed by artists around the globe in 2006 to revive a culture that was once almost lost. Now, the 5,000 years of divinely inspired Chinese culture as presented by Shen Yun has become a global phenomenon.

“I’m interested in it now,” Mr. Qureshi said. “I may want to go back and read more about it.”

The 5,000 years of civilization and traditional values come through via music and dance, like in the classical Chinese dance, costumes, and the stories Shen Yun tells.

“I think it’s very good, and it’s enlightening. And it makes us think,” Mr. Qureshi said. “I think I’m impressed, and I’m going to recommend others to come by and see it.”

Also seeing the performance for the first time was Ms. Michelle Colon, an interior designer, who hoped watching Shen Yun could become her new Christmas tradition.

Ms. Colon said the artistry and colors were inspiring for her as a designer. She was impressed with the dynamicism between the animated digital backdrop and dancers on stage.

“Now I’d like to know more about their culture,” Ms. Colon said.