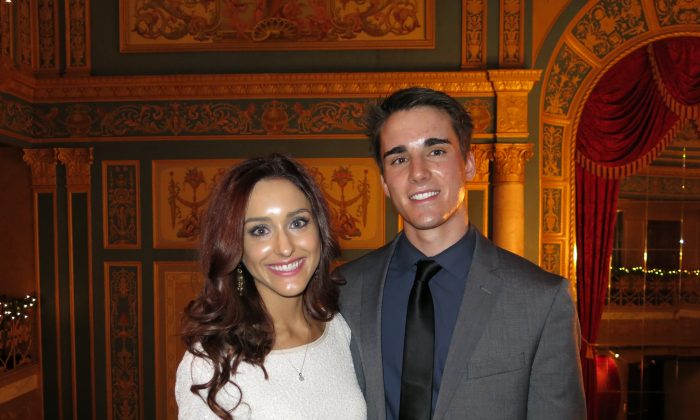 DETROIT—With a passion for storytelling, filmmaker and cameraman Corey Gipperich was captivated as he saw 5,000 years of rich history unfold before him in a single night.

It was amazing, he said, how much of China had been captured in films and stories yet remained unknown to the audiences of America.

“The story line was beautiful … and in America of all places,” Mr. Gipperich said of Shen Yun Performing Arts after seeing the last of three Detroit performances at the Detroit Opera House on Jan. 3.

Mr. Gipperich, a recent film school graduate, is dedicated to spreading messages through a visual medium. So New York-based Shen Yun, with its vast artistic production and mission of reviving China’s authentic, traditional culture, became a great source of inspiration.

“It was gorgeous and eye-opening,” Mr. Gipperich said. He had plenty to note in taking in the artistry: the gorgeous costumes, use of color, the animated backdrop, and the arrangement of it all. “How they blended that with the dancing was pretty amazing and pretty unique.”

Through the music and dance, the story Shen Yun told according to Mr. Gipperich was of China’s religions.

It was an emotional story for Mr. Gipperich, as he described the religions’ roots, loss, and revival through Shen Yun.

He had studied Eastern religions briefly in school, and recognized those influences in the traditional culture on stage, which was “very saturated and a very rich experience for me.”

But he also saw that such religions, in China today, were oppressed. It’s a fact that he, and he suspected many other American audience members, were not aware of.

“That was really eye-opening for the Western audience because it’s obvious that they are trying to show the rest of the world what is happening even to this day and has been happening for so long,” Mr. Gripperich said.

The communist regime in China is officially atheist, and over recent decades has launched systematic campaigns to destroy the heart and soul of traditional Chinese culture, its belief in the divine.

“That was really, really emotional for me. And I could really see that the performers venturing outside of their homeland in China, and coming to America and trying to show us what is happening,” Mr. Gripperich said. “[It’s] a very very noble thing for them to do.”