Shen Yun an Elegant, Inviting Glimpse Into Depth of China 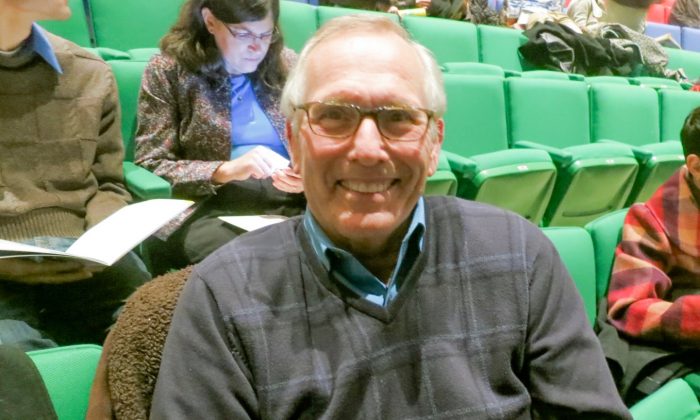 DES MOINES, Iowa—Dr. Ed Ashby, a Licensed Mental Health Counselor and owner of Family Legacy Counseling, felt he could connect to a deep and ancient culture through the vivid color and dance of Shen Yun Performing Arts.

On Feb. 16, Dr. Ashby saw a performance by the New York-based company at the Des Moines Civic Center.

“It’s wonderful; I just enjoyed it very much. I think it is just beautiful, very elegant and carries a very spiritual quality to it,” he said.

The glory of the Celestial Empire—5,000 years of Chinese civilization—took the stage for one night.

Through the stories of ancient emperors, courts of different dynasties, and the traditions of China’s many ethnic groups, Dr. Ashby felt a comfortable feeling.

“It’s soft, and inviting, because it is a different culture, it’s showing us what it’s about and being very vulnerable, I think, and so it’s been very good. I had a sense of being invited into that experience,” Dr. Ashby said.

It is, in fact, the mission of Shen Yun’s artists to present the traditional Chinese culture authentically, and share it with the world. And they have been doing so for a decade now.

Prior to Shen Yun’s inception in 2006, there was a feeling among artists of China that the original intent of forms like classical Chinese dance may be forever lost. A culture millennia old was nearly wiped out in just decades under communist rule. But some of these artists resolved to revive this history, and formed Shen Yun in New York.

Through the company’s two hour performance, Dr. Ashby felt he better understood “the depth of it and the longevity of it.”

He enjoyed myths and legends, the fun of an upbeat Mongolian dance, seeing the divine and mortal merge on stage, and many other stories. “I think it just recognizes the reality of another world,” he said.