Shen Yun: ‘All You Can Do Is Sit in Awe’ Says Fairfax Patron 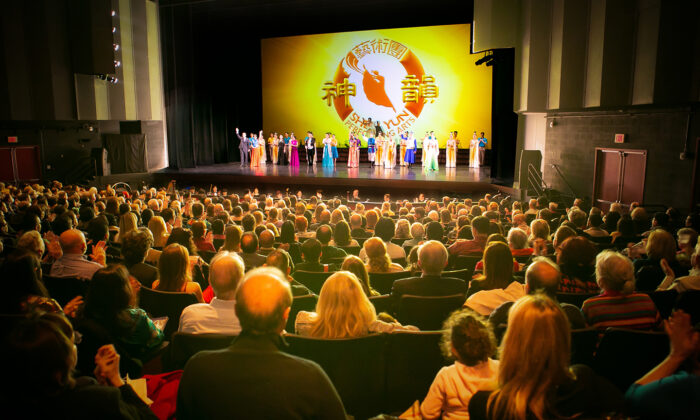 Mr. Varner attended Shen Yun for the first time with his colleague and friend Nga Ubuong, assistant inventory manager for global logistics, at the George Mason University Center for the Arts on Jan. 22.

“I feel happy … I feel elated,” he said, “It’s done with such beauty of time and tradition and balances spirit, body, and music.”

Traditional Chinese culture has been on the brink of extinction since the Chinese communist regime seized power in 1949. Since Shen Yun’s inception in 2006, its mission has been to revive the country’s 5,000-year-old traditional culture. The company’s website says its performance demonstrates “China before communism.”

Mr. Varner was impressed with Shen Yun’s ability to use performing arts to effectively speak to the audience and deliver a message that he interpreted as: “we are all one: The world is one, the music is one, the beauty is one.”

“I think it’s the essence of this show,” he added, “even though it deals with difficult issues, even though it comes from oppression, it is still rooted in the absolute beauty, art, music, and motion, and grace.”

One of Shen Yun’s unique features is its orchestra. It’s the first in the world to permanently combine classical Western and Chinese instruments within a Western symphony orchestra. Shen Yun also boasts virtuoso vocalists who sing Chinese lyrics using the bel canto style.

“The highlight for me was the power of the soprano’s voice,” said Mr. Varner. “All you can do is sit in awe!”

“I teared,” he said, “her voice has such incredible power, that it was just a moment that I won’t forget … it’s rare.”

Ms. Ubuong was impressed by the company’s patented method of integrating a 3-D animated backdrop with the stage performance. It allows the performers to travel remarkably back and forth between the stage and the background projection.

“The connection is so smooth, I’m so impressed,” she said.

Ms. Ubuong said Shen Yun has made her feel proud to be of Chinese heritage.

Shen Yun left a lasting impression on Mr. Varner and he said that it made him feel “elevated in spirit and in mind, because a lot of people are seeing this, and maybe a few will start thinking about it.”