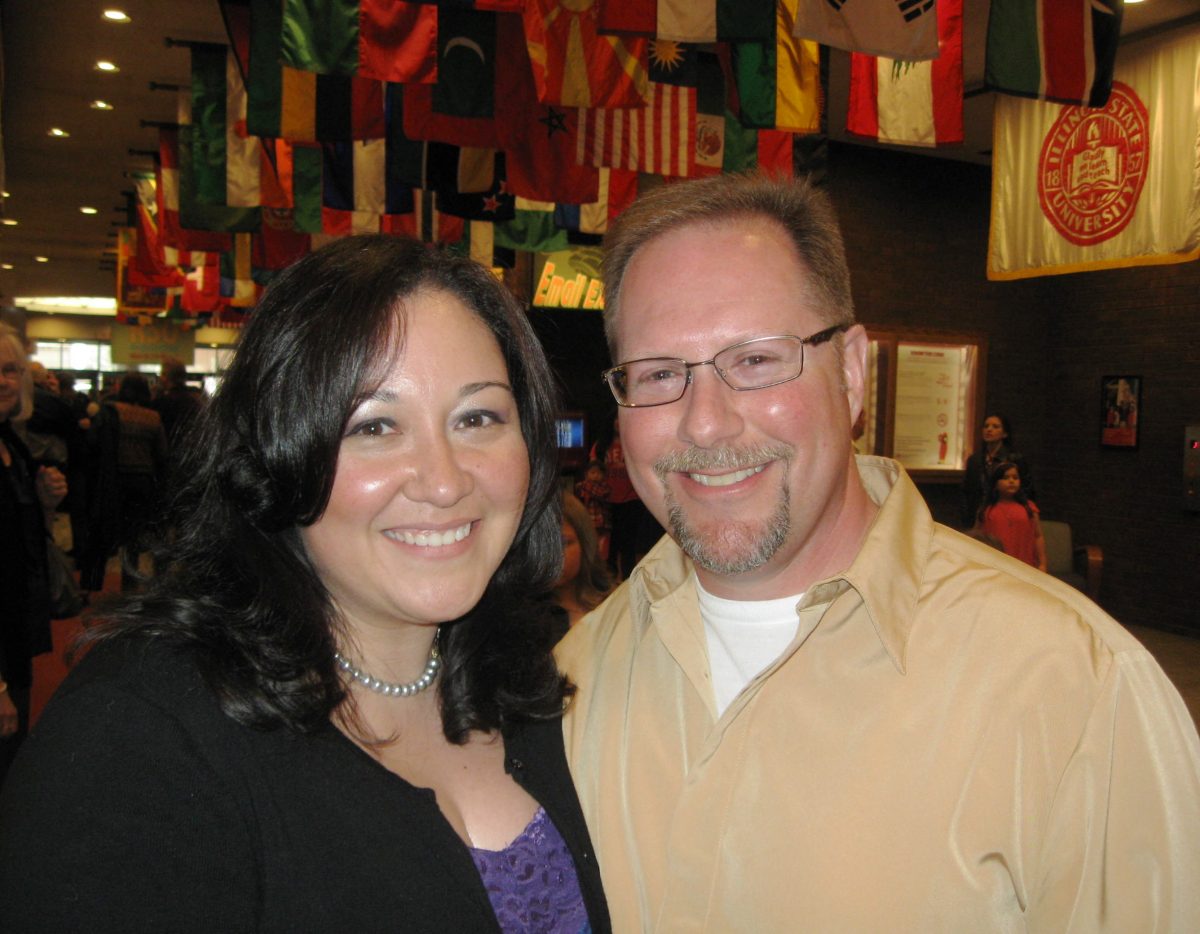 'It was our anniversary present,' says professor
BY Cat Rooney TIMEApril 14, 2014 PRINT

Through the universal language of music and dance, Shen Yun brings to the stage 5,000 years of divinely inspired civilization, states Shen Yun’s website.

Mr. Carlino, a human resources representative for the State of Illinois, said about Shen Yun: “Amazing, very colorful, very energetic. It was a good mix of modern and traditional dance [stories] from China, like they are supposed to be.”

According to the program book, “With classical Chinese dance lie China’s rich cultural traditions … It is therefore capable of depicting scenes from any time period, whether ancient or modern … in a strikingly vivid way.”

“I think the same,” said Mrs. Cuenca-Carlino, a University of Illinois professor in special education. “It was amazing. You know, just the history, and the background behind all the dances and the singers were amazing.”

“It gave me goose bumps,” she said.

His reply, Shen Yun “was very energizing … It was enlightening. … It was good.”

“It was our anniversary present,” said Mrs. Cuenca-Carlino.

Shen Yun draws upon top performers in their fields with a shared desire to restore traditional culture along with its associated values and morals.

The Carlinos saw the significance of this mission. “It’s important to continue to have a voice, and they are doing a wonderful thing through the arts to preserve exactly that,” said Mrs. Cuenca-Carlino

Her husband noted, “I think the voice was good and bringing that point of view to the stage, the oppression. It was refreshing,” he said.

“The mythology and spiritual stories bringing them forward is a positive image. … These images along with the stores of modern times trying to speak against the oppression, having the freedom of speech, freedom of religion, all of that’s positive.” said Mr. Carlino.

He is referring to several of the mini-dance performance about the current situation in communist China—the repression of people of faith in China today.

Mr. Carlino recommends Shen Yun: “It is very family friendly, an absolutely enjoyable night out, and [it] would introduce them to culture.”