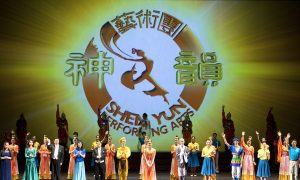 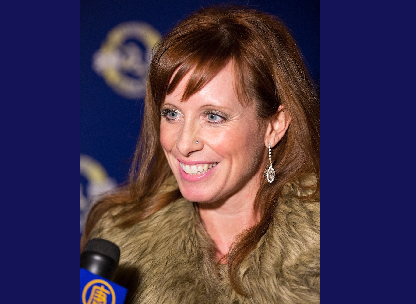 HAMILTON, Canada—Shen Yun Performing Arts departs Hamilton leaving the city a little richer in its understanding of the oldest continuous civilization in the world.

Ang Climenhage, the director of donor relations at OneFoundation for Niagara Health System, was one of the beneficiaries. Normally, Ms. Climenhage is the one helping others in her work making sure hospitals in the region get the donations they need to make up for budget deficits that can reach millions of dollars.

She said Shen Yun’s performance was steeped in traditional Chinese culture, something she found refreshing and pure.

“I think the most important thing is how the culture was brought into it and how the stories were told through singing, through dancing, and through art. It was very artistic, and how they used the animation in the background to make everything come to life. It was really quite something.”

But the aspect of the performance that touched her most deeply was its purity and innocence, she said, noting this quality in everything from the colours to the costumes.

“They’re very modest. They don’t have to do something over the top to get a message conveyed, so it’s very interesting. It’s definitely a new form of art, I think, than we’re used to seeing,” Ms. Climenhage said.

“It really gives you a glimpse into how the background of where the Chinese come from. … It’s really quite beautiful.”

Shen Yun was founded on a mission to revive 5,000 years of divinely inspired Chinese civilization and a culture rooted in principles like benevolence and justice, propriety and wisdom, respect for the heavens, and divine retribution. These ideals come from Confucianism, Buddhism, and Taoism, and are the essence of traditional Chinese culture.

Some 65 years ago, however, the Chinese Communist Party came to power in China and forced atheism on the society through various campaigns, most notably the Cultural Revolution. Cultural sites were destroyed and the Party made a systematic effort to stamp out the Chinese people’s belief in virtue and faith in the divine.

It’s a change Shen Yun is working to counter by reviving the true, traditional Chinese culture and the principles it was based on.

“It’s nice to see. It’s nice to see a bunch of people that still value them. A lot of cultures don’t and it creates some sort of solidarity amongst a group of individuals. It’s very strong and powerful,” Ms. Climenhage said.

She said the Western world, which can be more “hard core” than the traditional values displayed, could benefit from Shen Yun’s effort.

“I think we’ve learned a lot more about the culture by seeing the type of stuff that they do and seeing the history. It’s definitely opened our eyes. … It’s incredible how diverse different cultures are and how they do different things,” said Ms. Climenhage.

“I would definitely come to something like this again.”

With reporting by NTD Television and Becky Zhou