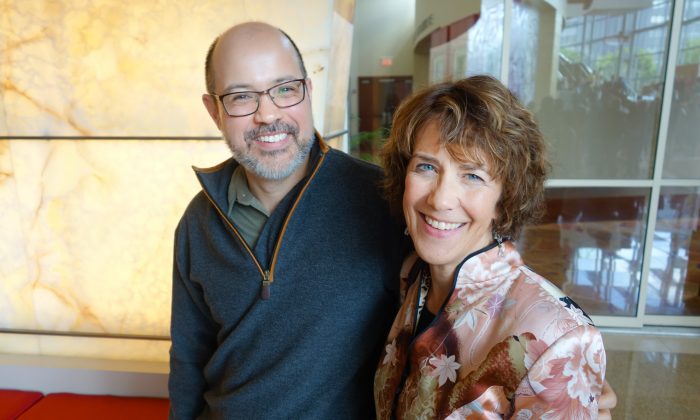 Michael Litrel and his wife, Ann Litrel, attended Shen Yun's matinée performance at the Cobb Energy Performing Arts Centre, in Atlanta, Ga., on April 8, 2018. "It was a beautiful spectacle—I love the innovation with the costumes ... It gave me a lot to think about, as an artist. I will go home and think about, with those images in my head," said Ann Litrel, a visual artist. (Mary Silver/The Epoch Times)

“It was incredible. It was a wonderful manifestation of arts and spirituality. It all came together with thousands of years of tradition, expressed in modern form.”

“I think that, to me, it seems like an important thing here is that, they [the performance] are expressing the oppression in China. And I think for American audiences, it is healthy for us to see that the freedoms that we take for granted, are not granted in a country that rules a billion people.”