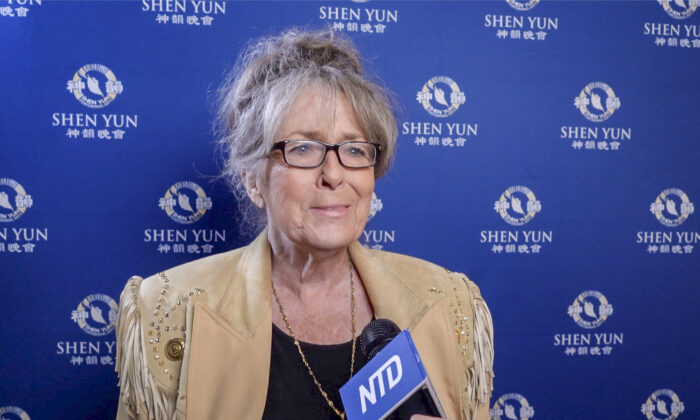 “Most performing arts are very self-centered and me, me, me, me. I don’t care if it’s opera or theater or movies or whatever, but I didn’t see that and I didn’t feel that during this performance today,” said Lane Baxter, a retired soprano who is now a renowned artist.

Shen Yun is based in New York and its artists share the mission of reviving China’s 5000 years of culture. To them, performing is about expressing beauty and hope, not fame and reputation.

“I felt that every single one of those young people on that stage gave more than just themselves, they gave everything that they had for whatever reason in their background or what they’re trying to achieve. And it’s stunning to watch,” Ms. Baxter said.

Although Shen Yun’s mission is to share genuine Chinese culture with the world, they are not permitted to perform in China.

“I think it’s a shame that it’s not in China because it’s their culture. To not be able to perform like this in their home country, as far as I’m aware, they’re here in the states and all over everywhere except where they were born and raised probably, or at least their history or their ancestry,” shared Ms. Baxter.

She shared that everyone should come and see a performance as genuine as this one.

“I can’t understand why anyone wouldn’t come here, and not just come once but many times because you can’t see it all in one performance. That’s impossible. It’s like taking somebody’s heart and giving it out there for them to see and you don’t get that very often, especially in the performing arts.”

It’s a showing of one’s soul, I feel that the soul is involved in what they do.
— Lane Baxter

“It’s a showing of one’s soul, I feel that the soul is involved in what they do,” she added.

Shen Yun‘s dancers prepare rigorously for each season’s tour. Audiences around the world can sense their hard work through their artistry and dedication.

“Everything was point on, no mistakes, and if there were you couldn’t see it. And the costuming, stunning. Everything about it. I can’t say one negative thing about this experience and I’d recommend it to as many people that can come to see something like this as soon as they can because it won’t be a waste of time going to the movies or somewhere. Come see something that has ultra-quality to it, and this is ultra-quality,” Ms. Baxter said.