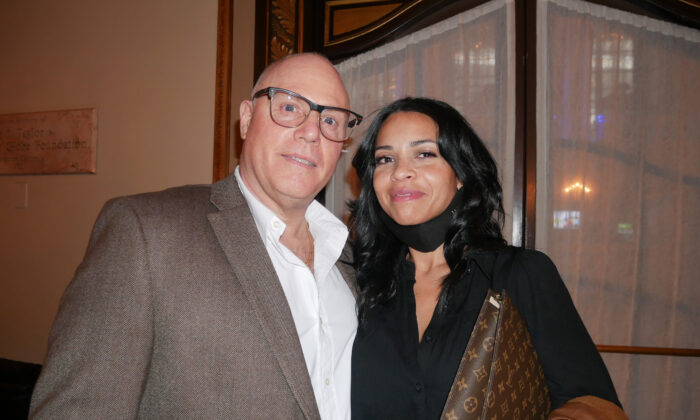 BOSTON—Shen Yun Performing Arts is a life-changing experience, said Derek Bennett, chief operating officer of a construction company, after seeing the performance at the Boch Center Wang Theatre in Boston on April 9.

“I think everyone should [see Shen Yun] at least once in their life,” said Mr. Bennett.

Based in New York, Shen Yun is a classical Chinese dance and music company. It was formed in 2006 by leading Chinese artists to revive China’s traditional culture, which has been all but destroyed by the communist regime.

Mr. Bennett said he saw themes of freedom in the performance, as well as spirituality.

“[It’s] really something extraordinary to see—the colors are so vivid. … The presentation is beautiful. There is no other word, it really is beautiful,” he said. “It is inspirational … but also epic.”

Kamber Loren, a dancer, said Shen Yun dancers are “masters of their craft.”

“It’s just really stunning to see so many people on stage who have such a virtuosic movement quality,” said Ms. Loren.

According to the Shen Yun website, classical Chinese dance as presented by Shen Yun “was once passed down among the people, in imperial courts, and through ancient plays. Over thousands of years, it was constantly refined, eventually developing into the vast and distinctly Chinese dance form we know today.”

The ancient art form, the website says, “has its own training in basic skills, physical expression and postures, leaps, flips, spins and other difficult tumbling techniques, forming an extensive and independent dance system.”

Ms. Loren said the storylines in the dances come through very well.

“You can really see the characters and the dynamics of each individual performer on the stage,” she said.

“It’s stunning. There’s so much movement that it’s like a thread throughout the different pieces. But then each piece brings something different—like the artistry with the fans, the sleeves, or the costumes—it’s not just a repetition of the same kind of movement over and over. … There’s an overarching aesthetic that binds it all together.”